When you think of oil and gas companies, the images that tend to come to mind are oil derricks, pumps, wells and mining equipment. Increasingly, connected sensors and data analytics software can be added to that list.

The Internet of Things and the data analytics associated with it have the potential to yield significant savings for energy companies, allowing them to increase production, avoid outages, maintain equipment, manage supplies and identify safety hazards, Reuters reports. This potential is especially appealing with oil prices depressed below $60 per barrel since the start of 2016.

As a result, energy companies are investing more in IoT and analytics technology. A 2016 survey by professional services firm Ernst & Young examined 75 large oil and gas companies and found that 68 percent of them each invested more than $100 million in data analytics during the past two years, a rise from previous years, according to both Reuters and The New York Times.

“O&G companies can reap considerable value by developing an integrated IoT strategy with an aim to transform the business,” states a 2015 report from professional services firm Deloitte. “It has been estimated that only 1 percent of the information gathered is being made available to O&G decision makers. Increased data capture and analysis can likely save millions of dollars by eliminating as many as half of a company’s unplanned well outages and boosting crude output by as much as 10 percent over a two-year period.”

Energy giant ConocoPhillips has sensors scattered across its well fields in Eagle Ford shale basin of South Texas. The company says data it collected and analyzed from the sensors helped it slash in half the time it once took to drill new wells, Reuters reports.

Using data from hundreds of sensors, the company is able to automatically adjust the weight placed on a drill bit and its speed, which hastens the extraction process, Matt Fox, ConocoPhillips’ executive vice president for strategy, exploration and technology, tells Reuters. If that technique is applied to the more than 3,000 wells ConocoPhillips hopes to drill in the Texas basin, the IoT sensors could lead to “billions and billions of dollars” in savings, according to Fox “We started using data analytics in our Eagle Ford business,” he says. “And everywhere we look there are applications for this.”

Earlier this year, Dell unveiled its Edge Gateway 3000 Series, designed for IoT environments and secure data analytics processing at the network edge. Dell gave the example of a remote oil pump in the desert as one of the use cases.

“Essentially, Emerson can detect wear and tear on pumps or rotating equipment by collecting vibration data and predictive indicators, as well as collect sensor data to analyze and predict potential mechanical failures,” the site reports.

“The WellAware platform veers from traditional monitoring solutions thanks to its low-cost network infrastructure primed for remote oil fields, suite of mobile applications and analytics tools, which enable oil and gas operators of all sizes to achieve new levels of savings and peak operating efficiencies, according to Dave Milam, chief product officer at WellAware,” the site reports.

Welder Exploration & Production, a privately held oil and gas company in South Texas, uses WellAware on a number of wells, President and CEO Raymond Welder tells TechTarget. As a result, the company has replaced a manual, labor-intensive gauging process, saved close to $340,000 in operational costs and decreased downtime by 50 percent, which boosted revenue by $265,000.

“Now that we get real data in real time from the wells, we put fewer miles on the road, have less wear and tear on trucks, and fewer opportunities for accidents,” Welder says. “If it weren't for WellAware and its platform, our people wouldn't be able to produce more for less.”

Despite the potential of IoT in the energy field, the technology is of little use if energy workers don’t have the skill set to take advantage of it. Recently published independent research commissioned by satellite company Inmarsat identified this skills gap as an issue.

Market research firm Vanson Bourne interviewed representatives from 100 large energy companies worldwide and found that 88 percent expect to deploy IoT technologies within the next two years but currently lack the skills needed to do so effectively.

According to the research, 54 percent of companies have a shortage in cybersecurity personnel and 49 percent lack those with technical support skills. Analytical and data science skills are also in high demand. 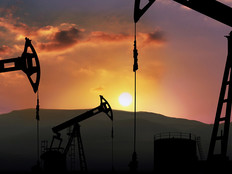 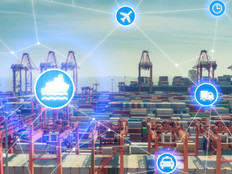