It’s been nearly 10 years since buyers lined up, some for days in advance, waiting for the first iPhone to go on sale on the evening of June 29, 2007. Since then, Apple has sold more than 1 billion iPhones, and customers have downloaded more than 180 billion mobile applications from its App Store.

There have been many retrospectives recently about the creation of the iPhone, and about the smartphone’s impact on the modern world and on Apple itself.

But what about the iPhone’s impact on the world of enterprise mobility? By breaking the stranglehold that companies like BlackBerry and Palm had on enterprise smartphones, Apple brought what was fundamentally a consumer product into the office, forcing corporate IT departments to respond and spawning an entire industry devoted to securing such devices.

Here is a comprehensive look at how the iPhone has changed mobility in the workplace:

Many people might forget that when the first-generation iPhone launched, it did not support third-party mobile applications. That would have to wait until July 2008, when Apple unveiled the iPhone 3G, along with the App Store, its application storefront. Although the App Store launched with under 600 apps (there are now more than 2 million, and Apple says iOS developers have earned more than $70 billion collectively since 2008), Apple set the model for other platforms.

Google and Microsoft eventually rolled out similar app stores for their Android and Windows platforms, respectively.

Avi Greengart, research director for consumer platforms and devices at research firm GlobalData, says that he predicted in 2007 that Apple would eventually open the iPhone up to third-party apps. “And the App Store was tremendously innovative,” he says.

Before the iPhone, Greengart says, wireless carriers “were the gatekeepers for application development.” Further, the terms they offered differed not only from carrier to carrier but also from interaction to interaction, he said, noting they would charge one company with an app a 5 percent commission and another a 40 percent commission.

It was also a challenge for app developers and companies to figure out how to get apps into the mobile web app carousel on many phones. “All of that just went away with the advent of clear terms and conditions” that Apple offered developers: It would be the gatekeeper for apps and take a 30 percent cut on revenue. “We don’t think of terms and conditions as innovative, but in this case, it was,” Greengart adds.

The App Store soon enabled a wealth of business applications, many of them designed to enhance productivity and collaboration, and to let users access and edit documents on the go.

“I certainly think the app ecosystem is a big part of what made mobility so successful or crucial going forward,” says Bryan Bassett, research analyst for enterprise mobile device solutions at IDC.

There were cellphones designed for business users before the iPhone — BlackBerry devices and phones running the Windows Mobile operating system among them — but they were built primarily for email, Greengart notes.

When former Apple CEO Steve Jobs first demonstrated the iPhone in January 2007, the demo included Google Maps. Apple had GPS and mapping capabilities built in, and then in 2008 added an application programming interface (API) to the phone’s iOS software that allowed apps to access the phone’s location.

“That radically changed enterprise mobility, because all sorts of tracking and logistics and supply chain” capabilities were now enabled, Greengart says. Even the ability to get simple directions and navigate around an unfamiliar city gave business users more productivity and capabilities than they had before.

Location also enabled whole new classes of apps. “Uber and Lyft can’t exist if they don’t know where you are,” Greengart says. “And they won’t, if you don’t have a smartphone with GPS and an API” that allows the apps to access that location information.

3. Bring Your Own Device Arrives in Force

Before the iPhone, most smartphones were issued to business users by their companies’ IT departments — corporate-liable devices, in industry parlance — but that started to change with the introduction of Apple’s smartphone. “It broke the stranglehold of the IT department over the mobile devices,” says Roger Entner, founder and principal analyst at Recon Analytics.

Greengart says that the iPhone’s eventual ubiquity, and the fact that it is a consumer device that so many people found desirable, allowed the phone to make its way into the office.

In 2007, the vast majority of smartphones were supplied by companies. Now, that’s no longer the case because most people have a smartphone (the Pew Research Center reported in January that 77 percent of Americans have one).

“That only happened because Apple created a consumer product, and because employees, who are also consumers, found it valuable enough to buy on their own dime,” Greengart says.

Thus, the iPhone helped spur the bring-your-own-device (BYOD) phenomenon, in which users brought their personal iPhones to work, and IT departments had to respond to support and secure them.

Consumers, Enter says, had this feeling toward their iPhones and their companies’ IT departments: “I want this thing. And if you are not giving it to me, I am using it anyway.”

BYOD began in earnest in late 2009 and took off in the 18 months that followed. The IT departments had to catch up, but eventually many came to support iPhones in their environments. By October 2011, Apple was boasting that 93 percent of Fortune 500 companies were testing or deploying iPhones. By November 2014, a Tech Pro Research report found that 74 percent of organizations surveyed had adopted or planned to adopt BYOD. That has stayed fairly constant, with 72 percent of companies making the option available to at least some employees, according to a 2016 study from Crowd Research Partners.

“It forced IT departments to let go of that stranglehold,” Entner says. “It opened up a can of worms when it comes to security, but as long as we have humans, we have security.”

As iPhones started to invade work IT environments, mobile device management and, later, enterprise mobility management (or EMM, which covers devices, apps and content) became more important. IT departments needed to secure these devices, make sure they were provisioned with the right apps and ensure that users were not allowing malicious content to flow onto company networks via their smartphones.

“It didn’t save IT headaches because it was suddenly a new variable,” Entner says. “IT departments are in the business of creating as few problems for themselves as possible. That’s why they resisted BYOD. Instead of supporting one device for one function, you have to support a lot, and they hated that.”

The widespread adoption of the iPhone, and then Android phones, led to the burgeoning EMM market, with vendors such as Good Technology (later acquired by BlackBerry), Citrix, Mobile Iron, VMware and others vying for companies’ business.

Until recently, Bassett says, the EMM market “has been playing catch-up” trying to manage the ever-multiplying number of endpoints in IT environments. “Whether it’s the CEO or the office drone mobile worker, they all want to be able to use this technology,” he says. “We’re now reaching a point where EMM and service providers meet the needs of companies” for device and content management.

5. Office Productivity Gets a Boost

When Apple introduced the iPhone 3G in 2008, it supported Microsoft Exchange ActiveSync out of the box, seamlessly integrating the protocol which allows mobile devices to synchronize data with Exchange email. “It was all about making this easy,” Entner says.

The iPhone “gave a lot more productivity and capability to people,” Entner adds. As the iPhone grew in popularity, users became reachable anytime. “The line between work and free time has blurred more and more,” he says. “The hard delineation has disappeared.”

That has given business leaders an edge, as users — especially knowledge workers — now get work done from anywhere. It has been good for businesses and business productivity,” Entner says. “For workers, not necessarily so.”

Bassett notes that Apple helped spur the development of one account that users could share across multiple devices to access music, photos, documents and other content. Google and Microsoft soon adopted the concept, and now the notion that users can have a single persona across different devices is taken for granted.

There are numerous apps and techniques to make the iPhone a productivity powerhouse. However, Bassett says that to an extent, businesses get diminishing returns on mobile devices in the workplace.

“On the one hand, their capability is fairly boundless,” he says. “There isn’t a whole lot they can’t do these days.” On the other hand, “it’s the perfect excuse. If you’re in a meeting and you’re bored, you can check your email.”

6. Workers Now Have a New Distraction

The widespread adoption of the iPhone in the workplace has also allowed for a lot of distractions — who hasn’t snuck in a game of “Candy Crush” between meetings?

Mobility is synonymous with productivity, Bassett says, and the idea of knowledge workers or business travelers not having a smartphone is inconceivable, since they do need devices like the iPhone to stay productive.

However, he adds, the work world will eventually get to the point where, “unless your workflow or your specific job demands that you do it on the mobile device,” phones will be seen as a distraction.

In 2015, researchers at Florida State University found that “just receiving a notification distracts people and damages task performance nearly as much as actually stopping to interact with the device,” Quartz reports. Meanwhile, a 2016 CareerBuilder survey found that 55 percent of employers “considered smartphones to be the biggest killers of workplace productivity,” according to CBS News.

Users can make calls, send email and review documents on their phones, Bassett notes, but they can also play “Angry Birds.” The blurring of the line between work and personal time means “more and more people want to unplug,” he says.

“People want to remove themselves,” he adds. “Some people might be starting to feel burned out by it.”

The iPhone has had an impact not only on how workers use the smartphone, but also on how businesses sell to customers. “E-commerce and m-commerce exploded once people had a computer with them at all times,” Greengart notes.

Indeed, 77 percent of shoppers use a mobile device while shopping in-store, according to an April 2017 survey commissioned by Salsify, a product content management company.

Before the iPhone, Greengart notes, only a handful of multinational companies — including DHL, FedEx and UPS — had developed customized e-commerce apps for tablets with barcode scanners that could send signals back to centralized data centers when packages were scanned or delivered.

“Fast forward five years, and every company in the world can download an app that does that,” Greengart says.

It also used to be that mobile devices could be used for messaging outside of the office but not for line-of-business functions or tasks. But thanks to Software as a Service cloud offerings and apps, business users or sales associates now easily perform such tasks, thus spurring more commerce outside of stores or central offices.

However, Entner says this e-commerce and m-commerce growth has largely benefited large corporations. “The notion that this somehow democratizes everything and it’s wonderful for small businesses — it’s the same discovery problem as always,” he says. “People go for the big, known choices.” 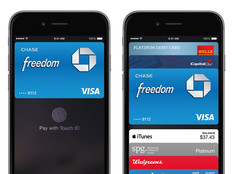 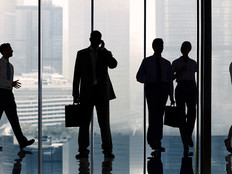