Which horse will win the 143rd running of the Kentucky Derby on Saturday? For the first time, artificial intelligence has an official pick.

Churchill Downs, the race organizer, has partnered with Unanimous A.I., an artificial intelligence startup, to create a “super-expert” that has identified picks for the top four finishers of the Derby. Why?

Last year, Unanimous CEO Louis Rosenberg used the company’s Swarm AI platform, called UNU, to accurately predict the so-called “superfecta,” the top four racehorse finishers. Against 542-to-1 odds, he turned a $20 bet into $10,842 in winnings, Insider Lousiville notes. Now, that technology (and the picks it generates) is being opened to the public, thanks to support from TwinSpires, the official betting partner of the Kentucky Derby, which set up a $10,000 Players’ Pool.

Using an AI Swarm to Predict the Winners

So how does it work? According to Churchill Downs, Swarm AI technology is a “system that combines the diverse knowledge, wisdom, insights, and intuitions of human groups and builds a real-time ‘super expert’ modeled after swarms in nature, thereby amplifying their collective intelligence.”

As CNET reports, the company’s “AI algorithm is inspired by Cornell University neurobiology professor Thomas Seeley’s theory on how swarms (birds and bees, for example) reach collective decisions to survive.”

Terry Collins of CNET was one of 17 people who participated in creating the swarm (along with 12 horse racing experts, including Michael Beychok and award-winning writer Bill Finley). The experts base their predications on a variety of factors, from the horse’s breed to its speed and their jockeys riding them. What was the process for picking the Derby winners?

Collins reports: “Participants are simultaneously asked a question with a set of possible answers. Each controls a magnet they can maneuver across the screen to drag a sphere to their choice for the right answer. The group has only a minute to reach a decision and there must be consensus. Otherwise, a ‘Brain Freeze’ sign embarrassingly pops up.”

The swarm then has to collectively decide which pick to go with and is encouraged to work as a cohesive unit, which Collins says they struggled to do at time. Collins notes that, “Initially, McCracken and Classic Empire were each given an 85 percent chance of finishing in the top four, followed by Irish War Cry and Always Dreaming with 75 percent and 65 percent, respectively.”

The top four picks the swarm settled on were Classic Empire (though with “low confidence”) followed by McCracken, Irish War Cry and Always Dreaming.

Why should race enthusiasts have confidence in Unanimous’s picks? It’s just one selection, after all. However, as Collins reports: “It created swarms predicting other major sporting events including the Chicago Cubs finally winning the World Series, the Super Bowl and the hotly contested political races — sometimes with mixed results. Unanimous, however, did predict that the Pittsburgh Penguins would win the 2016 Stanley Cup (I participated in that swarm), and that Donald Trump would be Time Magazine’s 2016 Man of the Year.”

The Most Exciting Two Minutes in All of Sports

The Kentucky Derby is often referred to as “the most exciting two minutes in all of sports,” and anything can happen on the race track at Churchill Downs as the horses round the turns and head into the homestretch.

Rosenberg told Insider Louisville that he thinks groups are smarter than individuals “if you can tap their intelligence,” and he’s confident in the company’s technology.

“This is proprietary technology we’ve built over the last three years,” he says. “It’s modeled after how nature does it, most closely to how bees make decisions. Bee swarms are remarkably smart. They can make very optimized decisions even though individual bees are so simple.”

However, Rosenberg says it’s possible the company’s AI platform will not predict the superfecta two years in a row.

For more on how the city of Louisville uses tech to handle crowds and improve the Derby experience, check out, "Kentucky Derby 2017: How Louisville Tackles the Crowds Through Tech." 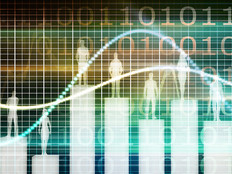