For Citrix, the world is increasingly divided between digital natives and everyone else. Digital natives, having grown up with technology, want to be able to take their devices, data and apps everywhere. “To that new population of workers, work is no longer a place,” said Citrix CEO Kirill Tatarinov during the opening keynote Tuesday at the Citrix Synergy 2017 conference in Orlando, Fla. “Work is an activity. And they expect that work to go with them, wherever they are.”

The trick, Tatarinov said, is that for organizations to succeed and get more productivity out of their employees, they need to increase users’ “digital dexterity,” so that all users have the same level of knowledge and experience with tech as digital natives.

To that end, Citrix used the opening day of the Synergy conference to unveil a raft of enhancements to its cloud, virtualization and security services. Chief among them is Citrix Workspace Service, a cloud-first, enhanced, secure, digital workspace user experience. Citrix claims that it “unifies access and management of mobile, [Software as a Service], web and Windows apps and documents, and consolidates access, control and workflows in one, easy-to-use solution.”

A Remedy to Reduce ‘Cloud Sprawl’

There are, he said, four key attributes to such organizations: They believe IT is an agile business enabler; they embrace unified digital workspaces; they embrace digital dexterity (familiarity with technology); and they make data-driven decisions.

Yet many organizations are enmeshed in what Tatarinov called “cloud sprawl.” Users use multiple public cloud services at work, from Microsoft Azure to Google Apps (G Suite), Office 365, Box, IBM, SharePoint and more.

The new Citrix Workspace Service is designed to help organizations tame that complexity, Tatarinov said. The goal is to let users access their apps and data on any cloud or on-premises. “They need to access it all in a simple, contextual way,” he added.

“From directly within the secure digital workspace, users can create, edit and collaborate on Office 365 online documents,” Citrix says in a statement. “They can then initiate a custom workflow and approval process with colleagues — all without leaving the workspace, and without having to re-authenticate as they switch between SaaS applications.”

Using the Workspace Service, SaaS and web apps can launch in the user’s default native browser and they can use single sign-on or multifactor authentication to gain access based on a policy set by IT staff members.

Such policies can lock down SaaS apps based on context, Citrix says. “For example, a restricted web app can be configured to launch in a published browser when the user is off the network, using a personal device or in a remote location,” Calvin Hsu, vice president of product marketing for desktops and apps at Citrix, notes in a company blog post. “Our approach provides IT unique capabilities to combat cloud service delivery challenges, and meet line-of-business and end-user demands.”

In terms of security, the service offers what Citrix calls a “software-defined perimeter,” which is based on the user and his or her identity, not just location or type of device. “This extends protection beyond traditional data center tools to ensure enforcement for distributed control points,” Hsu says. “With new proactive monitoring and security, behavior analytics, and a software-defined perimeter you can detect threats sooner and alert IT faster.”

Speaking to reporters after the keynote, Tatarinov said that users sometimes are signing into three, four or five different cloud apps during the course of the day. Each one is linked to a user’s different identity.

“It obviously increases and expands the potential attack surface,” he said. “It also creates quite an inconvenience for people.”

Using Citrix Workspace Service, IT organizations can give users contextual, secure access to all of their clouds. That can be done once and controlled by IT, he said. “That’s really important. That’s really the pinnacle.”

There is a common misconception, Tatarinov said, that “cloud, just out of the box, solves everything. “Unfortunately, it doesn’t,” he continued. “Unfortunately, it’s just an element that needs to be brought into the overall reality of enterprise infrastructure, and needs to be looked at as an important ingredient — a very flexible, agile ingredient — but something that needs to be made a part of the overall fabric of the enterprise. And that’s what we enabled.”

Tim Minahan, chief marketing officer at Citrix, said at the press conference that businesses are seeing the benefits of the cloud — more agility, faster innovation, lower total cost of ownership of their IT — but there are “side effects” of cloud adoption. They include a fragmented user experience, managing multiple clouds and identities, and greater risk because companies are not sure who is accessing apps and data in the cloud. IT staffs are also struggling to manage all of that.

“We think we’re in a very unique position to be able to play that role of cloud aggregator or orchestrator that delivers the superior experience to the end user, while giving IT the ability to secure it all,” he said.

For small and medium-sized businesses, in particular, Tatarinov said that “cloud expands our ability to deliver the needs of SMB.” He said Citrix is “maniacally focused” on simplification and unification of its solutions in the cloud. 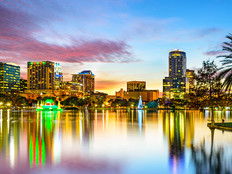 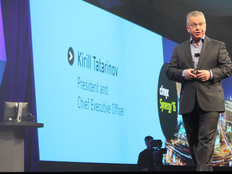 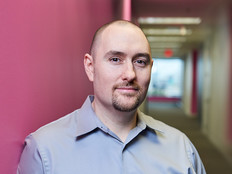