The data center server market could be in for a shakeup thanks to an emerging technology standard promoted by some of the biggest names in tech. In fact, businesses that use their data centers to process Big Data, machine learning algorithms and analytics could see a 10x improvement in performance if the hype is to be believed.

OpenCAPI has a faster data transfer rate (25 gigabits per second) than the existing Peripheral Component Interconnect Express 3 standard (16Gbps). The upshot is that, according to the OpenCAPI Consortium, the new standard can increase data center server performance by up to 10x, because it “puts the compute power closer to the data, removes inefficiencies in traditional system architectures to help eliminate system bottlenecks, and can significantly improve server performance.”

A New Kind of Architecture

As ZDNet notes, the rate at which faster processors are developed is likely to slow down, so the OpenCAPI Consortium argues that data center servers (and computers in general) are probably going to rely more heavily on hardware accelerators and advanced memory technologies to improve performance.

Why is that important for the future of data centers? As Moorhead notes: “Accelerators are required to meet the new computing demands for artificial intelligence, machine learning, big data, analytics, security and high performance computing. Unless you are living under a rock, you’ll know these are all the hottest spots driving technology today.”

The consortium thinks that an open development approach can speed innovation, creating a path forward for companies to bring differentiated products to market faster. The consortium says its approach allows tech companies to work more closely together to deliver innovations at the compute, storage and networking levels of modern data centers.

“Many technology companies have developed innovative solutions that today’s datacenter technology cannot effectively leverage due to limited legacy interfaces,” the consortium announced in a press release. “New technologies such as storage class memory and accelerators to support emerging workloads do not fit well on existing interfaces and a closed, proprietary approach does not allow for full industry participation nor innovation.”

New products based on OpenCAPI are expected to start making their way to market in the second half of next year. IBM plans to introduce POWER9-based servers and will enable members of OpenPOWER Foundation to introduce OpenCAPI-enabled products.

Google and Rackspace’s new server, which is under development, will leverage POWER9 processor technology and plans to provide the OpenCAPI interface in its design.

Mellanox plans to enable the new specification capabilities in its future products, and Xilinx plans to support OpenCAPI-enabled FPGAs.

What will the net effect of this be for businesses and their data centers? OpenCAPI-enabled servers are not likely go mainstream for a while, but the standard is positioned to handle workloads that are expected to become more common in the years ahead.

The consortium knows that companies in finance, internet services, retail, hospitality, medical, and automobile manufacturing are increasingly turning to data-intensive workloads such as machine learning, image recognition, advanced analytics and other rapidly emerging technologies to gain competitive advantages. The companies argue that the new standard will lead to servers that are better able to handle the data processing needed for those next-generation applications.

Meanwhile, according to The Register, there are a host of companies that are could take advantage of the new server architecture. They include server and hyperscaler suppliers like Cisco Systems, Dell, Fujitsu, HDS, HPE, Huawei, IBM, Inspur, Lenovo, Oracle, Quanta and Supermicro; businesses like Amazon, Apple, Facebook, Google and Microsoft that play in the hyperscale data center market; and, of course, any enterprise or small-to-medium-sized business that takes advantage of those companies’ data center and cloud technologies. End users will basically buy what the server vendors adopt. 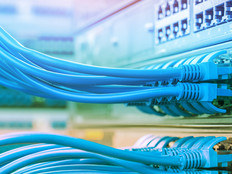 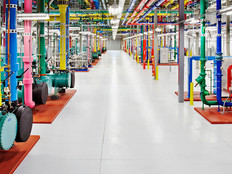 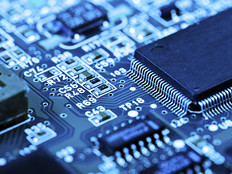