Small businesses work hard to achieve success. But as sales rise and customer bases grow, startups often find they need a new place to do business — either a new office or significant expansion of a current location. A new space or expanded operation needs an IT infrastructure to support it, including networks, data centers and the power to run them.

Consider fast-growing law firm Tucker Ellis, which is home to more than 200 lawyers in seven offices across the country. CIO Scott Rolf has overseen more than a dozen office migrations and expansions.

This year, the firm added three offices in four months — a Houston office in March, a Chicago office in May and a St. Louis office in June.

Such growth creates significant IT challenges, Rolf says. But it also presents valuable opportunities. It’s a time to reassess old habits, shed aging IT infrastructure and align the business with cutting-edge solutions that can pave the way for even further growth.

Migrating to a New Network

As businesses grow, they need networks sophisticated and robust enough to support increasing users and applications.

Small outfits that have been getting by with simple spoke-and-hub topologies and consumer-grade routers and switches should consider whether they need to upgrade as part of a move, says John Guzejko, a networking solution architect with CDW. Too often, he says, small businesses lack the dedicated IT teams to handle a network overhaul.

“Companies that make this transition end up far more accomplished from an IT perspective,” Guzejko says.

Wireless networks pose a special challenge. Organizations may need to serve hundreds of users scattered over thousands of square feet, roaming among dozens of access points. As businesses seek to address these issues, Guzejko suggests that they conduct one of two types of wireless surveys:

Getting the Right Gear in Place

Small businesses should ­consider several essential infrastructure elements as they plan their networks for a new space, Guzejko says:

Tucker Ellis’s Rolf says power should be a priority in any move or expansion. He recommends assessing the character, quality and location of electrical service throughout a new space.

First, verify the inbound electrical serv­ice and the quality of wiring in the spaces intended for use.

Next, review circuits to determine if they are sound (some may be shared across rooms and floors, and even with other tenants).

Then, make sure to run adequate power to switch closets and other aggregation points.

If a business adopts PoE-based switches and network gear, that eliminates the need for dedicated electrical outlets and power bricks for networked devices such as Wi-Fi access points, VoIP handsets and security cameras.

But a PoE rollout increases both electrical and thermal loads in a wiring closet. This creates a corresponding growth in the need for cooling. Power and cooling resources must be carefully deployed to account for current needs and future growth.

Make the Move as Stress-Free as Possible

Even with the best of plans, Rolf warns that growing businesses will likely run across more than a few surprises.

He recalls one migration in a building with narrow halls. “We couldn’t get our crash carts, used to haul machines, through the hallways,” he says. “So now we’re hoofing heavy monitors and systems around by hand.”

To manage surprises, Rolf develops detailed migration checklists. A checklist can’t forestall every hiccup, but it does minimize them. Be alert to ­mundane — yet important — factors such as parking availability, freight elevator access and security system configuration.

The narrow-hall snafu made for a slow and difficult migration, but Rolf says it taught him a core lesson of IT expansion. “You are at the mercy of the last guy and what they designed.”

The 802.11ac wireless networking specification significantly improves on the previous 802.11n standard — delivering enhancements in maximum data rates as much as 15 times the previous maximum — while enabling a host of features that boost responsiveness and reliability. Products released as 802.11ac Wave 1 are widely available, while more capable Wave 2 products are emerging now.

Here are the details about four capabilities: 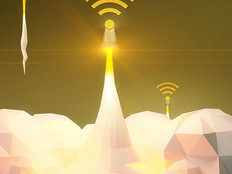 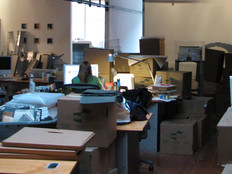 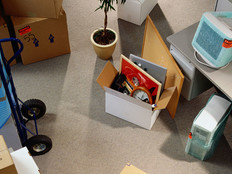