For small businesses that want to grow into larger ones, the company data center can be a key factor in limiting growth. However, companies can get around that hurdle by building a software-defined data center (SDCC), which can boost capacity, improve compliance controls and lower costs.

As companies grow and their data center operations expand, they face increasingly tight constraints, especially in their ability to cool their data centers and ensure that a power failure doesn’t cause a major outage — all the while adding to a stockpile of aging hardware.

Moving to a virtualized data center environment can help firms cut their power consumption and costs, and lets them avoid upgrades to generators and electrical power supplies. Additionally, an SDDC can give companies more insight into their capacity, better network monitoring and greater ability to maintain compliance with regulatory standards.

Both small and large companies can benefit from moving to an SDDC. Jason Nord, a senior systems engineer at member-owned agricultural cooperative Land O’Lakes, told a VMworld 2016 conference audience that the firm decided to go with VMware for its SDDC solution, vRealize Operations Manager. The company — which has about 3,600 direct-producer members, 1,000 member cooperatives and 10,000 employees — did so to improve operational efficiencies, quality control and compliance.

Land O’Lakes ran vRealize Operations Manager for about 30 days and collected information about the firm’s data center environment so that it could conduct better capacity planning and set the size of the virtual machines it need. That allowed the company to reclaim capacity for additional growth, Nord said.

Hau Tran, a senior systems engineer at VMware who worked with Land O’Lakes on the SDDC project, told conferencegoers that VMware also provides firms with predictive analytics. The technology hooks into a firm’s data center subsystems (including its databases, file systems and network) and collects information on how the environment is operating, helping to identify potential problems before they occur.

Tran said VMware can also enable better compliance and control around a company’s entire IT stack. Tran said he talks to many firms that are being audited every six months to ensure their infrastructure is protected and hardened against security breaches. VMware can help companies adhere to vendor guidelines, security best practices and regulatory standards, and can provide proactive management via flexible policies that can be automated. VMware can also help companies generate reports that will provide proof that their data center infrastructure is, in fact, protected, Tran said.

Nord said there are many benefits for businesses that move to an SDDC environment. In addition to reducing power use, firms can jettison legacy hardware that takes up space in favor of a more efficient infrastructure, he said.

Land O’Lakes moved to a hyperconverged infrastructure from SimpliVity, and had its networking, storage, compute and security all virtualized and delivered as services, Nord said

Companies can also benefit from offsite replication for disaster recovery to ensure that their data is protected, Nord added, making it easier for firms to restore data in the event of a catastrophe.

All of these tools run on a single plane of glass from VMware, Nord said, meaning there is no other appliance or web management tool IT admins need to monitor.

“It has given us the best of both worlds,” Nord said. “We’re getting our cloud economics. We’re getting enterprise performance, efficiencies and that unified management, which is really important. We’re centralized in Minnesota and managing environments across the country.” 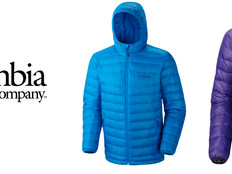 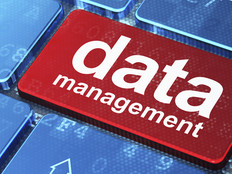 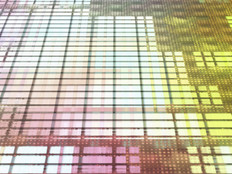