Every minute of every day, Americans exchange about 3.6 million text messages. That’s according to CTIA–The Wireless Association, which keeps tabs on such things. For small and medium-sized businesses that want to provide great customer experience, texting’s popularity is both a challenge and an opportunity.

Just ask Lorenzo Ciacci, chief technology officer of Vacasa, which pairs property owners with vacationers seeking rentals. The Portland, Ore., company has dozens of landline numbers, which many people are now sending texts to rather than dialing up.

“We’ve been referring to it as a black hole,” Ciacci says. “People are texting us with an expectation, but it’s falling on deaf ears because we have no way to respond.”

Ciacci’s team is wrapping up a project to enable responses — and in turn reduce frustration and lost revenue. The platform also will be able to send text messages, such as alerts that a renter can head to a property because housekeeping just left.

That’s equally important because some surveys show consumers overwhelmingly want businesses to send them texts about reminders, sales and fraud alerts. It’s also an example of how the medium affects the message.

“If you’re calling someone, that’s considered a huge disturbance and an annoyance: ‘Hey Jim, we know you’re driving up to the property now, and we wanted to tell you a few things about it and where you can go for dinner tonight,’ ” Ciacci says. “Put that same content in a text message, and suddenly it’s viewed as a value-add.”

No matter a business’ size, finding ways to deploy technology to improve customer service — like the messaging tool at Vacasa — has become an increasingly important priority for IT teams. And it doesn’t stop at texting.

Being Small Can Add Flexibility

Industry watchers say businesses have a good selection of tools for enhancing the customer experience and greater agility to use them.

“If anything, I think it’s easier today for SMBs to offer a better customer experience, partly because they’re not held back by legacy IT,” says Manish Goyal, a McKinsey & Company partner. “The notion that there are things that large enterprises can do that SMBs can’t is true for some things, but not when it comes to flexibility.”

For example, small businesses often are that size because they’re only a few years old.

As a result, they’re not saddled with legacy IT and networks that aren’t easily modified to allow new types of customer experiences, Goyal says. The lack of sunk costs in those systems also frees them to take advantage of “as a service” offerings.

The ability to buy commodity hard­ware and to mix and match cloud services lets businesses focus their IT energy on crafting unique technology-driven apps, Goyal explains.

Vet On Demand came to that conclusion when developing its service, which enables video consultations between veterinarians and pet owners. Although there are several such services for humans, the founders decided they couldn’t simply buy the underlying platforms to create Vet On Demand.

“We had to create everything from scratch, which was a tedious process,” says co-founder Curt Revelette. “But at the same time, we learned a lot from having to build everything from the ground up versus being able to buy into other services.”

Building from scratch takes time, which the Santa Monica, Calif., fledgling business had because, unlike a lot of startups, it wasn’t entering a market that already existed.

“So we weren’t chasing two or three competitors,” Revelette says. “It allowed us more development time.”

Vacasa and Vet On Demand both illustrate how businesses are tapping technology to provide a better customer experience — one that helps attract and retain customers, sometimes to the point that it’s a real difference-maker versus large rivals. They also are examples of how and why those technologies tend to be homegrown extensions or modules built atop commodity products.

For instance, more than three years ago, Vacasa began implementing WebRTC, an open-source technology that enables voice, video and chat in web browsers. The platform integrates with the company’s customer relationship management platform so agents have access to each caller’s information, such as email addresses and past rentals.

This helps the customer experience by eliminating the need for repeat customers to, well, repeat themselves.

“We’ve extended that system pretty heavily,” Ciacci says. “The entirety of our call teams use that for internal and outbound calling.”

The company relies extensively on cloud services for its backend infrastructure. “Our idea is to eventually move to metal as we continue to scale,” he says.

Vacasa users rely on a mix of devices because, as Ciacci says, “one size doesn’t fit all in our ecosystem.”

For staff on the go, such as housekeepers, smartphones are the devices of choice, while local operations managers also have iPad devices and notebooks, either PCs or Chromebooks. In the office, the teams use notebooks or desktops.

“Pretty much everyone has some type of smartphone, and we support bring your own device for mobile devices as well, so in lot of instances it’s employee preference,” he says.

Besides renters, Vacasa also needs to provide a positive experience for property owners. For example, it’s looking to give owners dedicated numbers they can call rather than funneling everyone through the same one.

“Giving them a special number they can call is a unique touch and a little more white glove,” Ciacci says. “That’s the direction we’re heading.”

When using IT to provide a great customer experience, one tip is not to overlook employees. For example, although Vet On Demand’s vets own their practices rather than work for the company, providing them with an intuitive, convenient user experience is key for retaining them. Vet On Demand refined the vet side of the platform based on feedback from the initial users.

“That was another benefit of building it from scratch,” Revelette says. “We were able to take their advice and instruction: ‘Here’s the things we need it to do.’ ” For instance, vets get to choose when they’re on call. When an inquiry comes in, they receive emails or texts briefly describing a condition so they can decide whether to accept (for instance, because it’s in their area of expertise).

Says Revelette: “Now the vet has the ability to see all of their prior call history, what kind of medication it’s on and photos that prior vets have taken.”

In many businesses, the customer experience and IT departments traditionally operated in their own worlds. But increasingly, that mindset is changing as leadership recognizes that they need to work together to maximize revenue and reputation.

Vacasa’s Lorenzo Ciacci agrees. For example, his company is has implemented a Google Street View–style technology that enables virtual tours so people can decide which property has everything they need. It’s an example of how self-service tools that improve customer experience also benefit small and medium-sized businesses by reducing the need for live agents to field questions.

“That solves a lot of questions before they get asked,” says Ciacci, the company’s chief technology officer. “If I’m going to stay somewhere with my family, understanding what the beds look like, if there’s enough room in the bathroom, if there’s a bathtub for my kid, being able to see all of that before I show up is invaluable.” 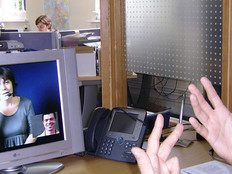 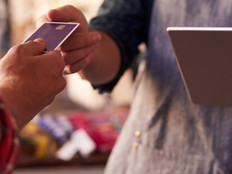 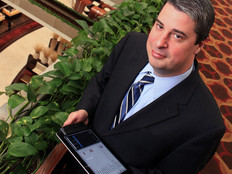