Web Real-Time Communications (WebRTC) can transform any Internet-connected web browser into a telephone, but widespread adoption of the technology has lagged since Google first introduced it in 2011.

That will soon change.

Some prominent technology vendors recently announced they will begin to support WebRTC across their platforms. This opens the door for developers to create new applications for a wider range of systems currently in use.

“WebRTC follows a guiding principle that its APIs and media engine should be open-source, free, standardized, built into web browsers and more efficient than existing communications technologies,” Blum says.

So what does it mean to users?

Anyone can now run video conferencing sessions without plug-ins on all supported browsers, including Android, Chrome, Firefox, Safari and Opera, but they must have other factors in place.

Large-scale use of WebRTC has been slow.

Mark Winther, group vice president and consulting partner of worldwide telecommunications at IDC, says organizations held back on development projects for WebRTC until Microsoft and other major providers agreed to provide support.

Organizations also were reluctant because WebRTC requires a back-end investment to work properly. Organizations must set up a signaling server to pass messages from location to location, and a network address translation server so IP addresses can communicate with one another. But these two servers cost much less than the specialized communications servers needed for video conferencing today.

“The consumer market is simply much larger than B2B, so organizations will start where they can get the most bang for their buck,” he says.

The co-browsing in WebRTC also opens up a lot of opportunities for government, Winther says. “For example, it’s now possible for a government call center representative to help a citizen fill out a form,” he says.

Many in the industry are now hopeful that WebRTC has a bright future, especially with mobile applications.

For instance, Oracle has rolled out an application for an auto insurance company that lets customers establish a video call with a customer service representative to file a claim, says Brian Kracik, Oracle’s senior director of product marketing.

“In the past, customers could only check their bill on a mobile app,” he says. “Now with WebRTC, we are meeting customers where they want to be met: on their mobile. While much of this is still in its infancy, as the millennial generation comes into the workforce and takes on adult responsibilities, these applications will expand.” 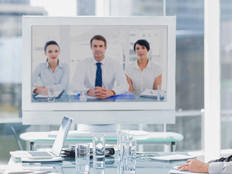