Small businesses that want to make their supply chains more efficient and partnerships with suppliers more seamless have many ways to do so. But one of the most effective is deeper use of cloud-based Electronic Data Interchange (EDI) collaboration technologies, according to a recent survey from the University of Tennessee.

As the world has grown more interconnected, companies have sought to make sure that they are more intertwined with their partners and suppliers. The survey found that more organizations today are investing in B2Bi (business-to-business electronic integration) to cut costs and increase business flow efficiency.

Indeed, of those surveyed, 94 percent said they saw significant improvement in their electronic connectivity capabilities, and 68 percent reported that their clients said they were easier to do business with after using cloud-based B2Bi managed services.

The survey was conducted last fall in collaboration with B2B integration provider DiCentral. It covered more than 200 companies that ranged in size from large firms to small companies, including manufacturers, retailers and service providers, according to Paul Dittmann, executive director of the Global Supply Chain Institute at the University of Tennessee’s Haslam College of Business.

Dittmann, who helped lead the survey, told BizTech that the university has conducted a great deal of research into collaboration between suppliers and customers, and that the relationship between the two is something that heavily impacts supply chain efficiency. However, he says, the research has not delved too deeply into how technology enables collaboration.

In general, he says, there has been a lot of discussion over the past few decades about how collaboration can benefit supply chains, but it wasn’t until 2010 that there were concrete “wins” in the business market using such technology.

EDI gives companies standards for exchanging data via electronic means. By using these standards, two different companies, even if they are in different countries, can electronically exchange purchase orders, invoices, shipping notices and many other kinds of documents. Dittmann notes that computer-to-computer connectivity between suppliers and customers has been around for 30 years or more, which would lead one to believe that EDI would be ubiquitous among businesses. But that’s just not true, he says.

“At least half the companies have a huge amount of work in simply enabling electronic connectivity,” he says. EDI lets large and small retailers place orders automatically, without anyone ever having to get on the phone or send an email.

The Benefits of EDI

Why is EDI needed? Dittmann says that there are a lot of errors associated with transactions between companies and suppliers whenever there are manual processes involved. “That can create a lot of anxiety, and can degenerate into compliance penalties” if companies are shipped the wrong products, he says. “That, obviously, gets totally in the way of a collaborative relationship between two companies.”

“Technology takes a lot of these pesky problems off the table so companies can focus on the big benefits they can achieve by collaborating,” he says.

B2Bi generally involves EDI technology and web portals, where suppliers and companies can sign in and submit or receive orders and other pertinent sales information, Dittmann says. The technology is a “vehicle for providing open information, so there are no secrets.” There are many EDI providers, including DiCentral, GXS, Oracle and SAP.

Dittmann says there is still a feeling among some companies that sales information needs to be kept secret from suppliers. “That’s simply ridiculous, and people need to get over that,” he says. “Otherwise, they are leaving a lot of money on the table.”

IT departments, especially at small businesses, are often overwhelmed with work, Dittmann says, and tend to focus on “more exciting things, or things with a more obvious” return on investment. IT departments at small companies often turn to outside consultants and technology experts like CDW to help them get the right technology in place for EDI, Dittmann notes.

And while 96 percent of those surveyed by the University of Texas said they are linked electronically in some way with at least one of their trading partners, the average organization spends just a little more 5 percent of its IT budget on electronic connections. Part of that is because IT departments don’t have the resources to spend on the technology.

These trends are “absolutely applicable to small businesses,” says Dittmann. Small companies, he says, may eventually want to start selling products to large suppliers or retailers, which will likely have compliance requirements for submitting orders.

Without EDI, it may be that small businesses “can’t penetrate the market or get in the game unless they have this expertise to offer.” Dittmann adds that “it’s clearly a revenue-producing opportunity for them, and not only in the U.S. marketplace.”

However, he says, it’s “very likely their own internal IT departments don’t have the resources to tackle this directly.

As with many technology improvements to supply chains, Dittmann notes that EDI and B2Bi will help businesses cuts costs “by being faster, more efficient and less error-prone.” Companies won’t need to manually ensure their orders are correct and will spend less time correcting mistakes.

In addition to cutting costs, EDI can help improve small businesses’ working capital and inventory management. “When you have a faster supply chain, you need to carry less inventory. You’re not carrying so much inventory that it then becomes obsolete.”

EDI also can help small businesses generate more revenue through improved sales flow, Dittmann says. “There’s always those three benefits for most any supply chain–oriented project, and this area is no different.” 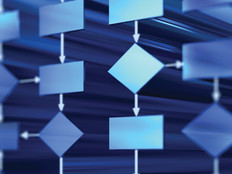