Microsoft has been beating the drum about the end of SQL Server 2005 for a while, and now the date is nearly here: April 12. The deadline for the end of extended support has large implications for many organizations.

After April 12, those running SQL Server 2005 database software will no longer get security updates and patches. Additionally, the system won’t be covered under the per-incident paid support program Microsoft offers during extended support. Many organizations still rely on SQL Server 2005, but running it beyond its end-of-support date is risky.

Without updates and patches, users won’t be protected against new security threats. They may also face issues meeting corporate and regulatory security requirements.

Additionally, those that continue to run SQL 2005 might run into compliance issues. “If your company is still using SQL Server 2005, this may result in an officially recognized control failure by an internal or external audit body, leading to suspension of certifications and/or public notification of the company’s inability to maintain its systems and customer information,” Tiffany Wissner, senior director of data platform marketing at Microsoft, told BizTech.

The Scope of the Issue

How big of an issue is the end-of-support deadline? Research firm IDC estimates that around 800,000 servers globally are still running Microsoft SQL Server 2005.

Upgrading to newer versions of SQL Server can be daunting, but IT departments can either handle the migration themselves or work with an outside database services provider.

SQL Server 2014 is the most up-to-date commercial version of the software. However, Microsoft plans to release SQL Server 2016 later this year (with a preview version available now).

Numerous companies and organizations have already migrated to newer versions of SQL Server. For example, the U.S. Navy is upgrading its legacy SQL Server software. Capt. Michael Abreu, who manages 665 SQL Server databases for the Navy Marine Corps Intranet as program manager for the Naval Enterprise Networks Program Office, says that about a year ago he and his team started studying Microsoft’s product roadmaps to decide when and where to update.

Abreu says the Navy has moved a number of servers to different SQL versions such as SQL Server 2008, and thinks the Navy will be off SQL 2003 and 2005 by the summer of 2017, if not sooner. For federal agencies moving off of SQL Server 2005, SQL Server 2016’s imminent arrival will give them the ability to use the cloud in ways that are best suited for their needs.

A Checklist for SQL Migration

Some organizations will move to SQL Server 2014, while others will wait for 2016. Embracing the 2014 version will let them upgrade immediately, whereas waiting for the 2016 version will push any future upgrades further out. The increased longevity of the newest version could outweigh the trouble of implementing stopgap measures until its release.

What if an organization wants to make the jump and move to SQL Server 2014? It can migrate to a physical version of SQL Server 2014 or move to that server in a virtual environment (on premises, with a third-party provider or in Microsoft’s Azure cloud). Another option is Microsoft Azure SQL Database.

For more on the SQL Sever 2005 end-of support-deadline and what it means for your organization, check out our coverage here. For more on upgrade options for SQL Server 2005, check out this post on the CDW Solutions Blog. 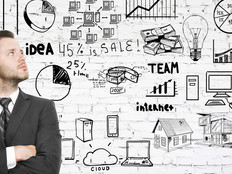 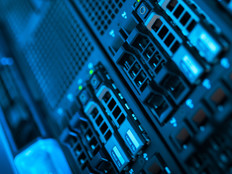