Microsoft has retired some heavy hitters from its support roster in recent years. In 2014, the company put down Windows XP, then Windows Server 2003 the following year. Now on deck: SQL Server 2005.

On April 12, the database system will reach the end of its extended support period. Customers will no longer receive security updates and patches, nor will the system be covered under the per-incident paid support program Microsoft offers during extended support. Many organizations still rely on the database software, but running it beyond its end-of-support (EOS) date is risky. These enterprises increase their vulnerability to breaches at a time when security threats are escalating. Further, those operating in industries with security regulations that govern software face serious consequences for violating compliance requirements.

Because Windows Server 2003 was a popular platform choice for SQL Server 2005, many organizations that migrated from the server OS last year used the EOS opportunity to migrate these databases. The harsh reality, though, is that a significant number of Windows Server 2003 instances are still running in various pockets across many organizations, and it’s likely that SQL Server 2005 will represent a sizeable problem come April.

Studies provide some insight into where things stand. Research firm IDC estimates that, globally, around 800,000 servers are still running SQL Server 2005. A database platform upgrade is by no means a cakewalk, but IT departments have resources at their disposal. They can handle the migration themselves, or bring in a database services provider. If the increased protection that comes with running secure, supported databases doesn’t motivate them, IT leaders might consider the many benefits they’ll gain by upgrading to SQL Server 2014, Azure SQL Database or some combination of these systems.

“SQL Server 2005 was a great database for its time, but data volumes and needs have expanded dramatically since its release,” says Tiffany Wissner, senior director for data platform marketing at Microsoft. “The product’s end-of-support provides customers with a rare opportunity to modernize their data platform.”

The good news is that SQL Server upgrade and deployment options have likewise increased over the last decade. Wissner encourages enterprises that haven’t moved forward to get started, giving themselves time to explore these options against their current applications and platforms and then map out an upgrade plan.

Thanks to XP and Windows Server 2003 EOS upgrades, many IT departments gained experience with substantial, deadline-driven migrations. This experience can help streamline efforts as they address their SQL Server 2005 installations.

With SQL Server 2005, organizations face some of the same issues that plagued these earlier migrations. A common theme with these projects is the presence of mission-critical applications that IT teams struggle to move to a new platform. Most organizations that aren’t start-ups have at least a few of these legacy issues, such as heavily customized homegrown apps that are tied to SQL Server 2005, and whose developers departed long ago. Or, IT departments may struggle to migrate an aging application whose provider hasn’t released a version compatible with new SQL Server versions. Often, a current version of the application is available, but IT heads balk at the price tag because they have something that, while not perfect, at least works.

In some cases, this “if it ain’t broke, don’t fix it” attitude isn’t highly risky. “It’s more than just the support and security issues organizations face moving forward,” says Greg Schulz, principal analyst at StorageIO. “They ask why they should change something that’s not broken, but the bigger question is, ‘Why leave yourself so far behind?’”

That’s a question IT leaders should ponder. Yes, those who want to position themselves for the future have to push through app challenges and complete the migration. But the alternative is to forego the benefits that come with running the latest version of SQL Server.

IT departments face many migration challenges, but these issues shouldn’t prevent upgrades from proceeding, says independent IT consultant Anil Desai. SQL Server 2005, he says, “is still a great product, but it’s been a decade since its release, and there are a lot of new features and functionality in the latest versions to leverage.” 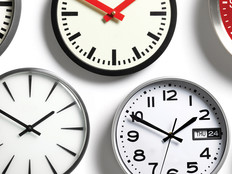 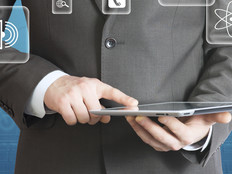 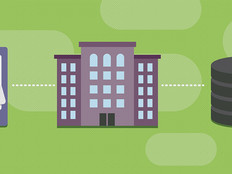