Microsoft’s decision last month to purchase software startup Xamarin for a reported $400 million to $500 million was seen as a continuation of its strategy to extend its applications to software platforms other than Windows and to have developers port their apps to Windows.

Microsoft said the deal would let mobile developers create apps that could run on Apple’s iOS and Google’s Android platforms, as well as Windows. That fits with steps Microsoft has taken under CEO Satya Nadella to make itself open to working with those other platforms. Microsoft has brought its Office productivity suite and Cortana digital assistant to other operating systems. Meanwhile, Microsoft’s own Windows smartphone efforts have struggled as sales have dwindled.

Scott Guthrie, executive vice president of Microsoft Cloud and Enterprise Group, told The Wall Street Journal that the Xamarin deal is another part of the “new openness that we’ve been driving toward.”

In a company blog post, Guthrie noted that Xamarin lets developers create mobile apps using Microsoft’s C# programming language to “deliver fully native mobile app experiences to all major devices — including iOS, Android, and Windows. Xamarin’s approach enables developers to take advantage of the productivity and power of .NET to build mobile apps, and to use C# to write to the full set of native APIs and mobile capabilities provided by each device platform.”

That approach, Guthrie said, “enables developers to easily share common app code across their iOS, Android and Windows apps while still delivering fully native experiences for each of the platforms.”

According to Guthrie, Xamarin “has more than 15,000 customers in 120 countries, including more than one hundred Fortune 500 companies — and more than 1.3 million unique developers have taken advantage of their offering.”

Large companies “such as Alaska Airlines, Coca-Cola Bottling, Thermo Fisher, Honeywell and JetBlue use Xamarin,” according to Guthrie, and mobile industry analysts think those kinds of companies are more likely to use Xamarin.

“The primary effect will be with enterprise developers looking to standardize around one development stack to address the major mobile platforms,” IDC analyst Al Hilwa told BizTech. “Xamarin becomes a candidate for such selection.”

“In the context of Microsoft's broad reach to offer apps, including its flagship Office 365 productivity apps, on all the major mobile platforms, providing a rich toolchain to support the building of apps for these platforms is strategically congruent and indeed powerful for Microsoft's tools business,” Hilwa said in the report. “Continued initiatives involving the open sourcing of much of the .NET technology are definitely helpful in driving this strategy forward and will play synergistically with the push to promote a cross-platform environment and toolchain such as [is] possible to do now with the Xamarin acquisition.”

According to IDC, Android and iOS are the most commonly supported mobile platforms in IT departments in U.S. enterprises, but Hilwa said that “cross-platform app development that leverages capabilities of these devices is a clear success factor for enterprise-focused mobile app development vendors.”

Hilwa added that “the need for enterprises to tackle mobile application development more productively and efficiently with cross-platform tools will intensify as business velocity continues to accelerate” and that the Xamarin deal should be seen in this context. However, IDC expects IBM, Oracle, Amazon and Google “to make further moves in this space over the next 12 months.”

Yet not all is rosy for Microsoft, according to Recon Analytics analyst Roger Entner. A day after Microsoft announced the Xamarin deal, it said it was ending its program to help developers port Android apps to Windows. Microsoft suggested that developers who had looked at that option should look at its “Bridge” to port iOS apps and at Xamarin’s technology.

Entner said that the Xamarin deal will help Microsoft in the United States but that “it will hurt them in the rest of the world where Android is so much stronger than iOS.”

Porting apps to Windows via “Bridges,” Entner said, “makes a lot of sense for really giant businesses that develop across a lot of different platforms.” However, he said, large enterprises can often afford to develop apps natively for different platforms and wouldn’t need to use Xamarin’s technology.

“What we have seen [is that] the most ingenious ideas are still coming from small shops,” which are unlikely to be inclined to use Xamarin. Entner did say, though, that small developers that produce customized solutions across multiple platforms might find Xamarin useful in bringing down costs and making the cross-platform development more efficient. 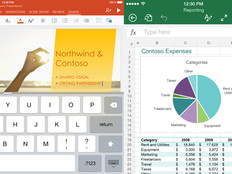 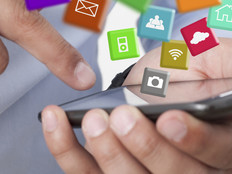