The Health Care Interpreter Network (HCIN) has provided California hospitals with reliable access to language interpreters through video conferencing for close to a decade.

Formed in 2005 as a cooperative at hospitals in Contra Costa, San Joaquin and San Mateo counties, today HCIN has 48 members across the country and manages more than 1 million interpreter requests per year. Melinda Paras, president and CEO of Paras and Associates, says her company provides and manages the video service for the cooperative.

When a doctor needs an interpreter to speak to a patient, a nurse rolls a Cisco Systems video phone near the bed and the doctor taps the screen to request the needed language. The Cisco Call Manager completes the video call to the best available interpreter, starting with the interpreters stationed in a room in that hospital. If an in-house interpreter is not available at the moment, the system routes the call to an appropriate interpreter elsewhere within the cooperative.

Paras says many HCIN members bring particular linguistic strengths based on needs in their region. For example, a Massachusetts facility offers Portuguese, while a Minnesota hospital provides Somali. The cooperative enables hospitals to pay for the service rather than invest in their own video conferencing infrastructure.

“We’ve been providing video conferencing as a service over the cloud for several years,” she said. “But there’s no question that the quality has improved over the past several years as HD has come on the scene and bandwidth has become more plentiful.”

As video conferencing becomes mainstream, many businesses can’t afford to deploy in-room systems to every conference room or building, says Andrew W. Davis, senior partner and analyst for Wainhouse Research. “As cloud-based video technology becomes more affordable, scalable and reliable, we expect that these cloud video systems will become the preferred communications strategy in most organizations within the next three years.”

Law firm Fenwick & West maintains its headquarters in Mountain View, Calif., and also runs offices in Boise, Idaho; San Francisco; Seattle; Williston, Vermont; and Shanghai. The firm relies on video conferencing for communications and was one of the first to use Blue Jeans Network’s cloud-based video conferencing service.

Jerry Stucki, IT service manager, says the company uses Blue Jeans as a bridge to broadcast from one of its 23 rooms outfitted with legacy video conferencing equipment. All that is needed on the other side is a computer with a webcam and an Internet connection.

A bridge would cost about $200,000, and installing in-room systems in all the branches would cost several hundred thousand dollars, says Stucki. “We’re spending $30,000 a year on Blue Jeans, so the savings are considerable,” he says. “Plus, if we installed in-room systems we still wouldn’t have the desktop capabilities, so we’re getting better service at a lower cost.”

Andrew W. Davis, senior partner and analyst for Wainhouse Research, shares three points for IT managers to consider before taking video conferencing to the cloud.

1. Find out what the cloud service supports.

The organization will need a service that supports Mac and Windows, iOS and Android. Determine if the service can be accessed over a browser via a link. Most important, organizations with legacy video conferencing equipment from Cisco Systems, Lifesize and Polycom will want to know if the cloud service can connect with traditional room systems.

Most video conferencing services work via a “meet me” connection in which the person initiating the call sends a request for the other party to join the call. Some of the new cloud-based services offer point-to-point calls in which a video call can be made instantaneously, much like a voice call.

New services are popping up all the time, and prices are all over the map, ranging from $10 per person per call to around $50, which can become expensive for larger enterprises. Consider a 30-day trial followed by a one-year subscription, or evaluate a one-year, two-year or three-year deal. 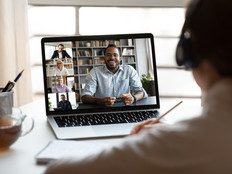