When we talk about Big Data, we often speak of it in terms of the volume of information and data sets generated that organizations must filter and analyze. But the conversations around Big Data analytics and interpretation wouldn’t be possible without addressing the issue of where and how all of that data are stored.

While storage experts and enthusiasts are well versed in the nuances among the various storage types, the line-of-business owners and the C-suite, who are often tasked with making the executive decisions to spend on technology, may not be as knowledgeable in why one storage type is better suited to Big Data than another.

A recent case study from Coca-Cola Bottling Co., the largest independent bottler of Coke products, featured in Fortune makes the value of flash storage in Big Data implementations crystal-clear for everyone. The company rolled out new supply chain software that it hoped would improve demand forecasting across its five production centers and 47 distribution centers.

Unfortunately, this more improved and targeted forecasting also meant a huge increase in the number of data points that the supply chain software would have to collect and analyze. There was “a gigantic leap in the amount of data that had to be processed each day, from 100,000 to 3.5 million data points,” the magazine reports.

The company’s hard-disk-based storage couldn’t keep up with this increased data demand, and Coca-Cola Bottling Co. began to see significant delays in its production process. That’s when it decided to invest in flash storage to address its newfound storage latency problem.

As a result, CCBCC saw a 75 percent reduction in processing time without having to replace any servers. Processing jobs that took 45 minutes were reduced to just six, [CCBCC IT infrastructure manager Tom] DeJuneas said. Most important, forecasts are better, SLAs are being met, and products are on the shelves at the right place and the right time.

IBM has been diligently working to build Big Data solutions for businesses of all stripes, and the company touts its IBM FlashSystem as a must-have for Big Data implementations.

"Big Data provides tremendous opportunity for our global clients," said Jamie Thomas, general manager of Storage and Software Defined Systems at IBM, in a recent IBM press release. "As organizations look to gain business insight out of the building digital tsunami, more are turning to IBM flash storage as a key accelerator."

Even Intel CIO Kim Stevenson is on board with flash as the storage type of choice for the company’s internal IT. She recently told PC Magazine’s Michael J. Miller that the company is “in the process of getting rid of hard drives, and replacing them with SSDs and flash storage, as it shows such big improvements in applications such as graphics and engineering productivity. ”

Increased productivity and reduced time to market are goals of most organizations. Business is only increasing its pace, not reducing it. And to keep up in the Big Data race, companies will have to lace up with the IT equivalent of high-performance sneakers.

“If you really want to follow data where it leads you, flash is an ideal technology,” John Hayes, a co-founder and chief architect of Pure Storage, said in the Fortune article. “If you want to do it instantaneously, flash is essential.” 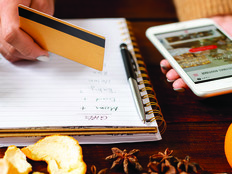