“CDW was instrumental in ... helping us with negotiations and hammering out a solution,” says Palace Entertainment’s Dan Vogt.
Home»Networking

On average, more than 35,000 guests come through the gates of Palace Entertainment’s amusement parks every day, so it’s essential for the company to offer excellent customer service.

With more than 40 locations across the continental United States and Hawaii, Palace is the largest operator of amusement parks in the nation. It also runs the oldest continuously operating park in North America, Lake Compounce in Bristol, Conn., which first opened in 1846. Effective communication technology is a critical element of the customer service that has made Palace so successful over so many years.

A Partnership Is Born

Outfitting park employees with the technologies they need to provide high-quality guest service falls to Palace’s corporate IT team, with the assistance of onsite technology support at each location. With only nine members on the corporate IT team, Palace relies on trusted partners to extend its IT capabilities.

“It’s imperative that our partners go above and beyond,” says Executive Director of IT Dan Vogt. That’s why Palace recently partnered with CDW Telecom Services on two initiatives: first, to optimize the performance of the company’s wide area network (WAN); and second, to improve the efficiency of its telephone system.

The company’s IT needs changed after a period of steep growth during the early 2000s that saw the number of parks Palace runs expand from 20 to 32 in just six years. Upon surveying the IT landscape of its holdings, the company’s leaders realized that Palace needed a proactive solutions partner.

That’s when Jeff Angarola, a senior corporate account manager for CDW, came into the picture. “Because the company had grown so rapidly, Palace’s IT organization operated as many autonomous units,” he recalls. “It was clear they needed assistance integrating the separate locations.”

Angarola and CDW helped Palace overcome its IT challenges. According to Steve Martinez, Palace’s IT manager, this included availability during off hours, a vital service to an organization that spans six time zones, with facilities operating from early morning until late evening.

“We can get in touch with CDW at any time,” Martinez says. “We’ll get a call back regardless of the time of day or night.”

In 2010, during a regular strategy meeting with Angarola, the Palace IT crew expressed frustration with its legacy Multiprotocol Label Switching service provider.

BUSINESS:Palace is the largest operator of water parks and family entertainment centers in the United States. Palace’s amusement, retail, restaurant and concert operations include the nation’s first amusement park, Lake Compounce in Bristol, Conn., established in 1846.

“The Palace IT staff described spending hours on the phone trying to locate the appropriate support resource,” Angarola recalls. “I explained that CDW could act as an agent on Palace’s behalf to negotiate better rates and serve as an advanced layer of support, providing an escalation path for fast resolution of day-to-day issues.”

“Because CDW negotiates with carriers on behalf of multiple businesses, our carriers have an internal team dedicated to us,” he says. “When our customers call us, we ensure the carriers provide white-glove treatment on everything from engineering resources to after-hours support.”

CDW’s history of carrier support has also resulted in a “tremendous book of business with even the largest telecoms,” Strombom says. “Our collective billing with our carrier enables us to leverage some of the lowest market rates on behalf of our customers.” Typically, such rates are unavailable to individual businesses.

In Palace’s case, engaging CDW Telecom Services resulted in the modernization of legacy MPLS circuits to optimize WAN performance and a new contract at a 34 percent savings from the previous agreement.

Additionally, CDW helped Palace engineer redundancies into its Cisco-enabled WAN. “Where we had single points of failure, we added redundancy,” Vogt says. “For example, at our colocation, we added another provider and a second circuit. Then, if necessary, we can fail over to the secondary circuit and minimize disruption to our operations.”

About a year after completing the WAN optimization project, Palace looked to CDW for assistance in addressing challenges involving voice lines at individual locations. 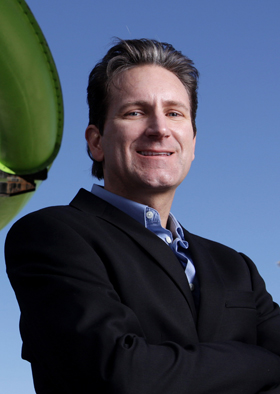 “Where we had single points of failure, we added redundancy,” Palace Entertainment Executive Director of IT Dan Vogt says.

“Back then, some of our voice lines were managed by our corporate team and some by local offices,” Vogt explains. Under this setup, Palace had to process 43 separate monthly voice line bills from dozens of different local providers, a costly and tiresome process in itself.

These challenges were compounded by outdated pricing structures in the legacy contracts, many of which were negotiated by individual parks before being acquired by Palace. Once again, Strombom went to work. “Our goal was to aggregate services to one provider, reduce billing complexity and give Palace one phone number to call for support,” he says.

Using Palace’s specifications for the types of voice lines and services that each location required, Strombom’s team assembled a comprehensive inventory of existing and desired components. Then, the team created a detailed presentation of solutions and pricing offered by various enterprise telecom providers. From those options, Palace selected Access Point Communications.

According to Martinez, the comprehensive inventory and detailed presentation also enabled Palace to analyze different types of voice circuits and choose the most appropriate and cost-effective solutions.

“In some scenarios,” Martinez adds, “we even replaced phone systems at remote sites to take advantage of the new circuits and achieve savings.”

The rewards from adopting a single platform with centralized support quickly added up. “We’re saving somewhere in the vicinity of 26 percent on a 36-month contract,” Martinez says.

Additionally, aggregating voice line services created IT efficiencies. “Before, it could take hours to solve just one trouble call,” Martinez says. “By aggregating onto a single voice line platform and establishing centralized support, our remote locations frequently call our provider’s support number directly, and we don’t even need to open up a help desk ticket.”

Now, any authorized individual from Palace can call Access Point to resolve an issue. “It’s great for us,” Martinez says. “We can stay focused on business-critical projects.”

Revved Up for the Future

“We’re implementing a system that will permit purchasing a ticket for an attraction with a smartphone or tablet,” explains Anthony Ward, director of development at Palace. “Then, the customer will present the device to
be scanned.”

“Our aim,” he continues, “is to enable scanning a device within five seconds of ticket purchase. Having a higher performance, more reliable WAN network is key to that initiative.”

Optimized telecommunications help the back office as well.

“Using our improved WAN, we can pull information from the local point of service to our corporate systems more often,” Ward says. “This allows park managers to drill down to see what’s getting purchased in real time, such as at a single food and beverage location, enabling them to shift resources as necessary.”

“On average, we can refresh the information every 15 minutes,” he adds. “This was impossible before.”

Business continuity is getting a boost, too. “We’re going to back up local point-of-sale servers to our corporate location,” says Ward. “Then, if a server is lost at a park, a new one can be up and running within a few hours.”

Overall, Ward credits the IT team and its relationship with CDW for making these and other capabilities possible. “When I came to Palace several years ago, we couldn’t do any of this,” he says.

Begin immediately. “Carrier agreements take time to hammer out,” says Brent Strombom, a voice and data specialist for CDW. “The sooner you begin, the more flexibility there is to negotiate better rates before your existing contract expires.”

Leverage partner resources. “There’s no cost to our customers for CDW to run an analysis,” Strombom points out.

Get started. “The sooner you begin the process, the faster you’ll achieve savings,” Strombom says. “An analysis by CDW is cost-free, and the entire aggregation process — start to finish — generally takes only a few weeks to complete.”

Go all in. “Jump in with both feet,” Strombom suggests. “A partial aggregation still results in processing multiple invoices and supporting a complex, multiple-provider market. To maximize benefits, include all voice lines and every service provider in your optimization initiative.”

Be open. “It’s important to consider all the moving parts,” says Jeff Angarola, a senior corporate account manager for CDW. “Giving your telecom partner the information required to understand and analyze your needs improves the outcome.”