Perhaps the best way to describe my experience in participating in the Day of Fosterly’s Media Match is to draw inspiration from one of pop music sage Katy Perry’s hits: I kissed a startup and I liked it.

After meeting and interviewing more than 40 startup entrepreneurs in roughly two hours, I can safely say that the speed-dating format can be useful beyond the search for a significant other.

Fosterly, a community for startup entrepreneurs in the Washington, D.C. area, has been an important part of growing the excitement around entrepreneurship in a region that’s more known for stifling bureaucracy, indecisive politics and dazzling international diplomacy.

Day of Fosterly, the organization’s annual conference, registered more than 690 registrants this year and sold out after 20 days, according to Fosterly Founder Adam Zuckerman. Last year, the conference signed up 520 registrants.

Zuckerman is already hearing from attendees that the event is something the organization should consider holding twice a year, he says.

Fosterly has reached a milestone in securing AllThingsD’s co-founder and highly regarded technology journalist Walt Mossberg to deliver the keynote at this year’s event. Mossberg has lived in the region for decades but he’s usually seen the bulk of startup activity come from Silicon Valley, New York and other locations, he said. So having the buzz and entrepreneurial activity in his own backyard is a welcome sign of the region's progress.

If Walt Mossberg is willing to give D.C. tech a shot, perhaps the rest of the world is too.

A Vision of Entrepreneurship 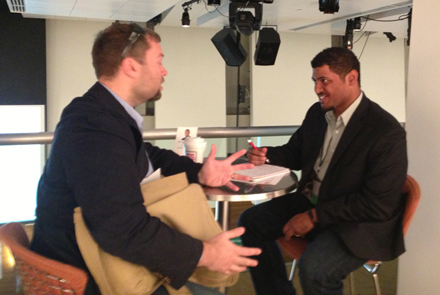 The format of the Media Match event limited our interactions with the entreprenuers to roughly three minutes. You can't say that you really get to know someone in three minutes, but you definitely can get a glimpse of that entrepreneurial fire.

Several of the founders I met were from startups that were pre-revenue and pre-launch. In other words, they have potentially good ideas but they haven’t yet dipped their toes in the shark-infested waters of being a full-fledged company tasked with customers to acquire and support and a product to maintain.

But there were some trends worth noting in the group.

With this being D.C., there were of course a few startups focused on changing the way citizens and politicians engage with one another.

Aneet Makin, co-founder of LegCyte, believes that Big Data analytics can help everyone involved in the legislative process better understand the dense and complicated language that gets inserted in Congressional bills at the 11th hour. Using his platform, users can identify which congressman inserted what into the bill, along with plain-language summaries of the intent and goal of the bill. His target customers are congressional offices and lobbyists; two organizations that often invest hours of manpower investigating and researching legislation for such information.

Chris Hull, CEO and Chairman of BlastRoots, wants to bring the power of grassroots organizing together with the reach and influence of social media. Grace Cerrone, founder and CEO of MyDemocracy, hopes to make politics accessible by helping everyday people contact and reach elected officials online.

In the spirit of the millennials' trend to rent and not own things like cars and houses, GoodShuffle founders Erik Dreyer and Andrew Garcia aim to help people borrow their neighbors’ household items rather than run out to the store and acquire something they’ll only use sparingly.

Like AirBnB, GoodShuffle could unleash the previously untapped power of local, individual-based inventory that has otherwise been locked up and unutilized. If every company is a now a technology company in the mobile and cloud age, then every person is potentially a business. The blender you have sitting on your counter could generate a few bucks if you’re willing to rent it out to your neighbor on GoodShuffle’s platform.

Surprisingly, for a city full of internationals, there was only one travel startup founder that I encountered at Day of Fosterly’s Media Match. Cristina Huidoboro, co-founder of Destinalo.com, is a student at the University of Maryland, College Park but in her spare time, she’s working hard at growing and promoting her travel site, which specializes in offering “sustainable tourism” in Latin America.

The company works with local and family-owned accommodation businesses to help attract tourists from the Western world who seek an authentic and cultural stay while traveling in Latin American countries. If major hotel resort-style travel isn’t your bag but couchsurfing in strangers' homes sounds offputting as well, Destinalo.com could be a valuable middleground for you.

One of the most intriguing inventions I saw at Day of Fosterly’s Media Match was Jason Force’s EcoMow robotic lawnmower. While robo-mowers have seen some success in Europe, they haven’t cracked the mainstream in North America.

EcoMow’s device is the product of a group of engineering and business students at George Mason University. It uses GPS and infrared imaging technology to help it navigate as it trims the grass, Force says.

The device is in testing but if it ever makes it to the consumer market and saves me from ever having to push a lawnmower again, I’ll consider it some sort of small miracle from the robot overlords. 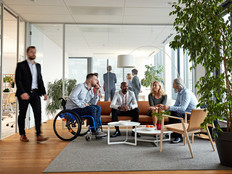 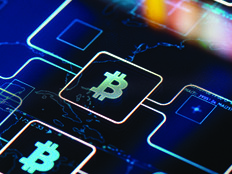