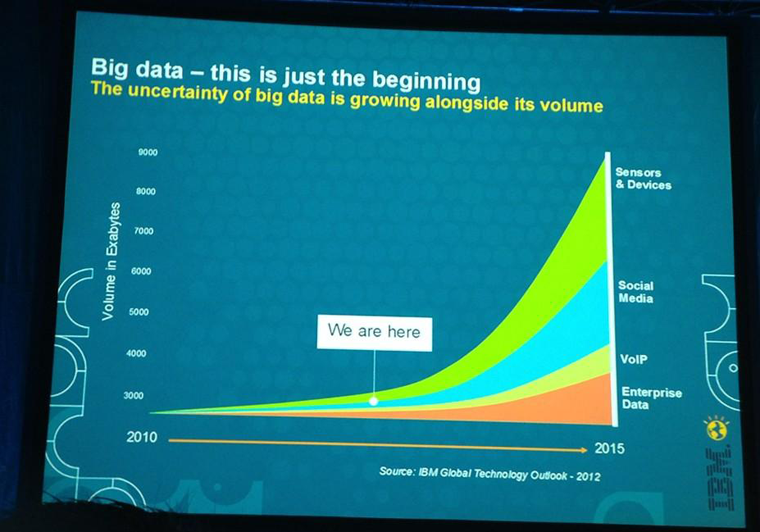 According to IBM, 90 percent of the data in the world today has been created in the last two years alone. The 2.5 quintillion bytes of data created daily is not just any kind of data, it’s big data. And, it’s about time for enterprises to turn this big data into big business.

Big data was a hot topic at IBM Connect 2013 for presenters and attendees alike. Discussions focused on the need to harness the meaningful analytics from big data for social businesses.

The company’s upgrade to its IBM Connections enterprise social networking platform will include new analytics features that allow administrators to monitor employee collaboration trends and engagement with customers on social media sites like Facebook and Twitter.

Big data - this is just the beginning #ibmconnect twitter.com/daisyrood/stat…

We used to think big data was about processing, now we realize it's analytics. Soon the network of things. @maribellopez #ibmconnect 1+

Without a *big* caring culture, big data will have no value. The best ideas must win, not the best titles. #ibmconnect

#ibmconnect PG Note: to me the transformation of how we communicate is driving this new era. Big data is a result of that, not the driver

Challenge : we need to master the volume & get insights from big data coming from multichannels & #socmedia. #ibmconnect

Bob Picciano - Big Data is the new Oil. And nice allegory with mining for gold a micron at a time. #ibmconnect