In roughly 600 pediatric offices across the United States, a unique high-tech device saves children’s lives by doing something seemingly low-tech — checking their vision.

The Enfant Pediatric VEP Vision Testing System from Diopsys uses vis­ual evoked potential (VEP) technology to measure a child’s neurological responses to visual stimuli. It can detect, at a very early age, optic-nerve disorders and other problems that can lead to amblyopia, commonly known as lazy eye, as well as rarer, life-threatening conditions, such as retinoblastoma — a form of cancer.

“We’ve been working on the Enfant system for 12 years and using it for nine years to test children as young as 6 months old,” says Don Lepone, chief operating officer for Diopsys, which is located in Pine Brook, N.J. “Put simply, this technology is available to pediatric practices, and kids should be tested.”

VEP stimulates the vision system using specific images shown on a screen, and then reads the energy in the visual cortex. A healthy retina generates a substantial amount of energy, which is picked up by the optic nerve and sent down the neural pathway to the visual cortex, the part of the brain that “sees.” Anything out of the ordinary could signal a problem.

“Using visual evoked potential, we know what the stimulus should be in order to get a particular result in a normal patient,” Lepone says. “We use a black-and-white, contrast-reversing pattern and measure latency, which is the time it takes for the image to go from the retina to the visual cortex.”

“Evoked potentials are used all over the world for lots of different things. We’ve refined the technology so that the device can be used in an office setting,” says Lepone. “We can tell what’s going on in the vision system — in the brain — in little more than a minute. And once the test is over, the system gives the doctor a pass/fail answer ­instantaneously.”

The processing takes place within the Enfant unit itself. Built to Diopsys’ specifications by a third-party medical device manufacturer, the Enfant system comprises a powerful Windows PC, keyboard, graphics card and pair of monitors, plus a special processing card from data-­acquisition specialist Measurement ­Computing. The device manufacturer assembles the components into either a mobile unit that is wheeled on a cart or a system that is mounted on a wall or tabletop. Each meets U.S. Food and Drug Administration standards and other international requirements for medical testing equipment.

Every component that’s part of the finished, certified product goes into a design master record. When Diopsys decides to change or upgrade a component, such as a monitor or PC, it must be tested and entered into the master record. However, because most of what Diopsys buys is stand­ard, updating components rarely hinders the system’s FDA clearance. The real driver of the Enfant system is the software.

During testing, the energy picked up by the sensors enters a proprietary filter/amplifier device that collects the information from the brain and sends it to the computer. There, the data is processed ­using algorithms developed by Diopsys to determine the result. The user triggers the test on one monitor, while the child views the stimuli on the other.

Dr. David Brown of Children’s Medical Group in Bloomfield, Conn., has used the Enfant system since 2004 and consulted with Diopsys on the product’s original development.

“I’ve always been interested in early screening,” Brown says. “We tried to do vision screening in children, but you can’t really do it well until they’re 4 or 5 years old. I was worried about the younger kids because, especially with amblyopia, even if you diagnose it at 4 or 5, you may never get binocular vision.”

Brown was intrigued by what he saw from the early VEP system, but felt it needed to be smaller and more mobile, like the current Enfant solution. And he recommended throwing some kid-friendly graphics on the screen in between actual test patterns to keep their attention. “But I was impressed because you don’t need anyone to interpret the results of this brain wave test,” Brown says. “The computer does it for you, and that’s the important point.”

Moreover, he says, anyone in his office can use it. When the practice first got the Enfant system in 2004, Diopsys was training one person per office to operate it. “We were a little skeptical of how you could do this in a busy office,” Brown says. “But they’ve really improved the technology to the point where every one of our nurses and medical assistants can do it.”

Today, the practice recommends the VEP test for patients starting at 6 months of age and conducts anywhere from five to 10 tests per day.

When Sarah Turner and her family moved from Minnesota to the New York metropolitan area, she did what any other mother of three would do — she asked around for the name of a good pediatrician. Without knowing it, she ended up in the office of a pediatrician who routinely administers vision tests using Diopsys’ Enfant Pediatric VEP Vision Testing System. Her 6-month-old daughter Nora failed the test. Within days, she was diagnosed with retinoblastoma — a cancer — in both her eyes.

“It’s not the first time we’ve caught that illness in a young child,” says Diopsys Chief Operating Officer Don Lepone. “But it’s very difficult to detect at a young age. The problem with retinoblastoma in babies is that if they’re at the periphery of the retina and they’re very tiny, which they usually are at that age, it’s almost impossible for a pediatrician to look through the pupil with the tools that they have and see those tumors.”

By the time the tumors are large enough to see, the cancer could cause death or eye loss.

Since the diagnosis last February, Nora has undergone chemotherapy and other treatments for her tumors. Her prognosis is excellent. 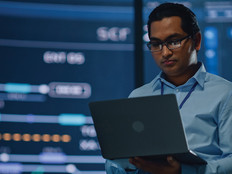 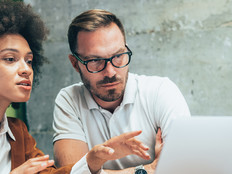 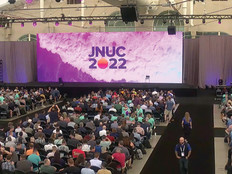