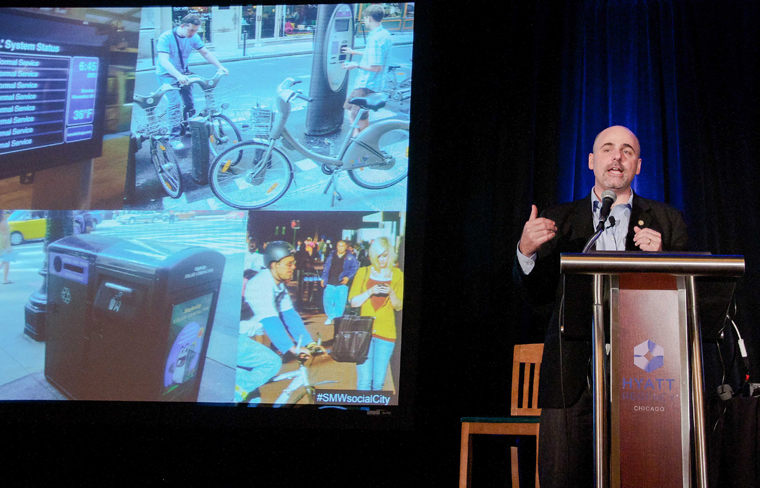 When it comes to building a viable ecosystem of apps and services for Chicago residents, the city’s chief technology officer, John Tolva, isn’t interested in Chicago bearing the burden on its own.

In fact, some of the best apps built with the city’s open data come from the wider community of entrepreneurs and developers, he said during the keynote and panel, When Social Transforms a City, presented at Social Media Week Chicago.

"Our philosophy really is, where possible, the city shouldn't be creating apps. We don't want to inhibit the market,” Tolva said. “The community of developers in Chicago and abroad will always have better ideas, or at least more ideas, than we have.”

During the keynote, Tolva repeatedly focused on the idea of collaboration and community. In essence, many hands make light work. And as the CTO of the city, he’s most interested in putting tools and resources into the hands of entrepreneurs in order to provide startups and developers with what they need to succeed.

Co-panelist Dan Fedor, creator of the Taxi Share Chicago app and regional sales manager for RideCharge/Taxi Magic, agreed wholeheartedly with the notion that a city’s best investment is in creating the foundation for a rich application- and social media–based business climate.

"The ecosystem that's created by a forward thinking city is amazing," he said.

Fedor noted that he’d heard about the city’s app challenge last year while he was hashing out his idea for the Taxi Share Chicago app. He decided to take advantage of the city’s open data to bolster some of the features of his app, which allows taxi riders to flag one other to share rides. 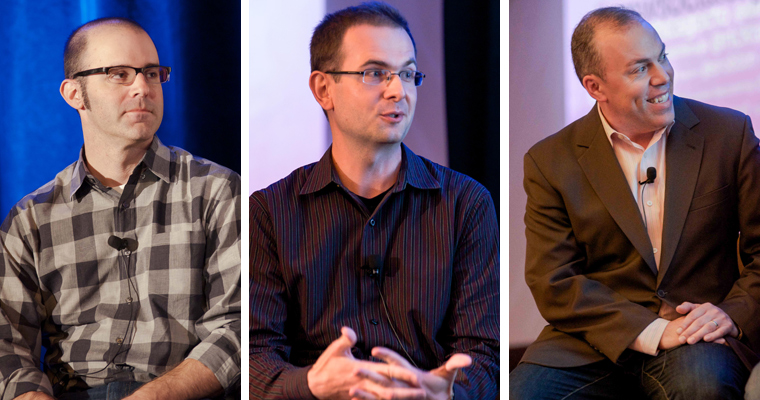 By participating in events and forums held by the city, Fedor was able to tap into the economic might of Chicago. He was able to find his app developer, work with a local vendor to produce QR-codebuttons and network with strategic partners.

Getting people talking to one another locally through social media is an important part of stoking the city’s entrepreneurial machine. Social media and the web make it easy for people to find others who have similar interests or backgrounds, which then allows them to collaborate and network in person.

Scott Robbin, principal of Robbin & Co. and the developer responsible for Sweep Around Us, pointed out that social media is moving beyond the democratization of the communication phase and maturing into a platform for developing quality local relationships.

"The bar to getting content online has come down very far. Anybody can do it. And now you see people raising the quality of content that's going up there. Now you see people using those tools locally, following their neighbors and getting those paths of information," said Robbin.

By the end of the panel session, Tolva laid out his vision for a fruitful, ongoing collaboration between businesses and the city of Chicago with his manifesto on application platforms.

"We need to design these applications and to be flexible to permit uses that we can't dream of. That really does take a leap of faith. We don't want to create cul-de-sacs in our applications. We need to create things that are as remixable as the urban environment," said Tolva.

For more on When Social Transforms a City, held at Social Media Week Chicago, visit cdw.com/smwsocialcity.

You can also watch Tolva’s keynote and the panel discussion below.