MENU
Log in
Zynga has made a huge splash with its library of addictive social games.
Home»Data Center

FarmVille, CityVille, Words With Friends. If you play games on social networks or mobile devices, chances are that you’ve heard of at least one of these games by Zynga.

As a startup company, Zynga broke new ground by turning online and social gaming into a huge business seemingly overnight. Zynga has grown so big that its games make up 12 percent of Facebook’s revenue, which FB reported while filing for its initial public offering.

But Zynga isn’t just shaking things up on the front end; it’s also making waves on the back end by building and running one of the world’s largest hybrid clouds.

While 80% of Zynga’s active users at the beginning of 2011 were hosted on the Amazon public cloud, the load has now shifted proportionately to Zynga’s private zCloud. Although Amazon EC2 offered amazing advantages in scalability to Zynga, the company felt constricted in terms of customizability. As Allan Leinwand, CTO of Zynga, mentioned at the Cloud Connect conference in February, Zynga “launched with AWS and then began to understand the stresses of the traffic,” how to manage it. This insight led Zynga to invest heavily in its own private cloud, quadrupling its capital expenditure to $238 million last year.

And this investment has yielded rich returns. The zCloud has enabled Zynga to replace every three AWS servers with one in-house server, considerably reducing operational costs. Additionally, Zynga says that the zCloud allows for greater flexibility in terms of responsiveness to customer demand. Leinwand compared AWS to a four-door sedan for general purpose use while he called the zCloud as a race car built from the ground up to serve Zynga’s interests. “We love four-door sedans, but it’s a car that’s used for a lot of things — doing the shopping, moving the kids. I like to think of zCloud as the sports car built for the Le Mans of social gaming. It’s tuned for the track,” he added.

This adds fuel to the notion that the public cloud is a great place to experiment, grow and try out new applications, but once there’s a proven concept, it makes sense to take things in-house.

For more on Zynga’s shift from a mostly public to mostly private cloud, read the full story on CloudTweaks. And for more great content from around the web, check out the 50 Must-Read IT Blogs from BizTech. 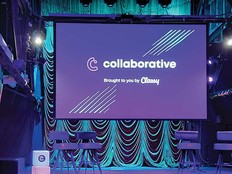