Arro employs about 150 people and less than a year ago was home to a mere half-dozen servers. But this small Hodgkins, Ill., company illustrates why businesses of all sizes can benefit from server virtualization.

The company provides contract manufacturing, processing, logistics and warehousing services for food and pharma­ceutical products, and with business booming, it needed to purchase a full-fledged enterprise resource planning application and upgrade its IT infrastructure.

Last summer, IT Manager Alex Alia began replacing six old servers with two powerful new HP DL380 servers and a 9.6-terabyte EMC Clariion AX4-5 storage area network. Using VMware to create virtual hosts on the two new systems, Alia will migrate every application. So far, 11 virtual machines (VMs) — including the new ERP software — run on the two physical servers. If one server goes down, it will automatically failover to the other to keep the company’s IT operations running.

“Virtualization is an awesome technology and provides numerous benefits,” Alia says. “The most obvious is power consumption savings and consolidating servers, but you also achieve great uptime.”

Server virtualization lets a single physical server host multiple systems residing on partitioned virtual servers. The bottom line? IT departments can streamline their processing operations and reduce costs. Many businesses have embraced the technology, but most are still in the early stages of adoption, says analyst Mark Bowker of Enterprise Strategy Group.

What do you think is the single most important factor to consider before implementing server virtualization?

30% Scalability of the architecture

In a recent survey of IT professionals, the research firm found that nearly all businesses were either using, piloting or evaluating virtualization, but the majority — 58 percent — had virtualized fewer than one-third of servers. But Bowker expects IT organizations to increase adoption rapidly.

“Server virtualization has become ubiquitous across every industry, but the technology is still fairly new to the market,” he says. “We expect to see significant growth in the next 24 months.”

As interest in and the need for server virtualization continue to increase, many businesses are looking at three key areas to ensure successful deployments: getting buy-in from senior management, learning best practices for implementation and showing a return on investment. Here are some examples of how SMBs are doing all three.

All Aboard: Gaining Buy-In

The first step to persuading management to invest in server virtualization is to explain its many benefits, particularly cost savings, says Ken Tucker, IT director for A-Z Bus, which sells new and used buses.

Last summer, most of the Colton, ­Calif., company’s six servers were nearly five years old and showing their age, so Tucker decided it was time to upgrade. He explained to management that virtualization would let the company consolidate servers and reduce power and cooling needs, which would save on data center space, hardware and electricity. 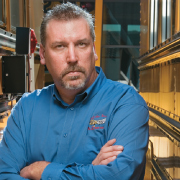 A-Z Bus’ Ken Tucker notes that while initial hardware savings are a bottom-line blessing, it’s the ongoing reductions in overhead that really add up.

In his formal proposal, Tucker compared the cost of replacing the existing servers with six new servers versus purchasing three IBM BladeCenter blade servers, a SAN and Microsoft Hyper-V virtualization software. “When I told them the virtualization approach saved about $20,000 in hardware, it sold itself,” Tucker says.

He also used an IBM software tool that measures energy usage to show that the virtualization strategy would reduce power and cooling consumption by 75 percent — another cost savings.

The biggest savings, however, comes from not having to purchase new servers ­every time a business needs new applications.

“Rather than spend $6,000 to $10,000 on a new physical server, IT departments can create a new VM,” says Cirilo Rosado, vice president of technology and office infrastructure services at RSG Systems, which provides advertising sales and intellectual property rights management software for the media and entertainment industries.

To cinch the deal, IT administrators also should discuss virtualization’s other benefits, which include better reliability, improved business continuity and simplified IT management, Arro’s Alia says.

The mobility of VMs simplifies the fail­over process to a secondary data c­enter. At Arro, if one HP server goes down, ­VMware’s vCenter management software automatically moves the VMs to the other HP server to keep applications running.

Another benefit is load balancing, the ability to distribute the workload evenly during processing cycles. If one VM ­becomes busy, Alia can manually allocate more processing power or memory so it can run optimally. The vCenter software also allows him to ­define rules to automate such load balancing.

Up and Running: Implementation Best Practices

RSG Systems, which has a data center in North Carolina and another in India, has spent the past two and a half years virtualizing its servers. Rosado and his team of IT administrators have provisioned about 25 VMs per physical server using VMware vSphere, and the consolidation has alleviated space constraints in the company’s India data center. 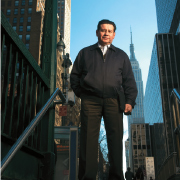 For a deployment to succeed, “you need to map everything out and determine which servers work together,” says RSG Systems’ Cirilo Rosado.

Arro’s Alia also notes that it’s important to schedule backups and take snapshots of VMs, so the IT organization has backup copies of its VMs if needed.

Ramp up the effort, Rosado says. Start simple and virtualize the low-hanging fruit first, then work up to more complex appli­cations, he says. RSG started with freestanding utility apps that wouldn’t affect many users if they went offline. “It helped us gain confidence in the process.”

A-Z Bus’ Tucker says it makes sense to consider outsourcing the implementation if the company has a small IT staff. Tucker did his company’s implementation work after hours. He worked 12- to 18-hour days when he could, and the whole process took 60 to 80 hours over a period of four months. Tucker next plans to implement a backup IBM BladeCenter in a remote office in Sacramento, Calif., for redundancy. For that deployment, A-Z Bus will hire local consultants, he says.

The I-Business Network, an application service provider in ­Marietta, Ga., has netted good ROI since virtualizing its servers in 2008. “Virtualization savings have far exceeded our expectations,” President Gary ­Feldman says. Overall, while adding applications and services for its small and midsize customers, the company has seen its per-user cost for IT infrastructure drop 15 percent.

I-Business Network standardized on Citrix XenServer virtualization software. It expected to host four to five VMs on each physical server, but some now support as many as 12 to 13. The company, which currently has 15 physical machines in its primary production server farm, has reduced its data center footprint by 40 percent and its electricity costs as well.

At RSG, one server running 25 VMs provides significant savings. The company avoided buying 24 additional servers — at a cost of $6,000 to $10,000 each. Besides the hardware costs, the company also estimates savings of at least $300 per server on yearly maintenance costs.

Before virtualization, the RSG data center in India was growing so fast that it was reaching its power and space limits, forcing executives to consider finding a new building to house the data center. Now, after virtual­ization, there’s enough room for 300 additional virtual servers before the data center risks running out of power. In addition, its uninterruptible power supply’s load dropped from 67 to 33 percent as a result of virtualization.

“You don’t have to pay to cool these additional physical servers,” Rosado says. “It’s definitely a money-­saver.”

The biggest driver of server virtualization is the consolidation of underutilized servers to reduce hardware, power and cooling, and data center space costs. But IT organizations can gain other operational efficiencies, such as easier maintenance and improved uptime.

“The initial focus is consolidation because it saves money, and it’s easy to justify the costs,” says Mark Bowker, an analyst with the Enterprise Strategy Group. “The next phase is focused on improving application availability and performance, and eliminating some routine manual IT tasks.”

After servers are consolidated, IT organizations typically pursue a second phase of implementation and use virtualization management software tools to take advantage of advanced features for maintenance, load balancing and failover.

When seeking approval for virtualization, IT administrators should gain an understanding of these other benefits, too. It will provide additional investment return data, Bowker says. Plus, the IT team then can factor these expenditures and savings when planning future investments in hardware, such as the backup servers and storage required for disaster recovery purposes. “It helps you plan the investment and get more out of your investment from the beginning.”

He also suggests that companies plan to acquire any needed IT certifications and training, so the business will be ready to take advantage of additional virtualization opportunities.