MENU
Log in
“I’m definitely scared of losing data,” says senior engineer David Rundberg (right), which is why he and Kersey Valley owner Tony Wohlgemuth have their local database server fail over to an offsite server. Tony Wohlgemuth is living the American dream — built on nightmares and technology.
Home»Management

On a 55-acre farm outside High Point, N.C., Wohlgemuth, who was born in North Carolina not long after his family emigrated from Switzerland, has built an ever-expanding “agra-entertainment” business known as Kersey Valley.

Wohlgemuth launched his company in 1985 with a handful of his teenage friends. Back then, it was a haunted house set up in a small deserted property on his family’s farm, and they charged visitors just $2 to take a turn through it.

Today, Wohlgemuth runs Kersey Valley with his wife, Donna, but this is no mom-and-pop operation that rolls out for a few weekends in the fall. What began as a seasonal haunt and side business while Wohlgemuth worked as a systems engineer now spans multiple attractions, many open seven days a week from April through December.

“The haunted house started it all, and over the last 25 years, it has allowed us to invest in other events,” Wohlgemuth says.

Kersey Valley’s Spookywoods component now includes not only the house, but a tram ride in­­to a ghostly forest followed by a romp through a zombie-infested corn maze and a dozen theatrically inspired horror scenes — all amped to full creep by a cast of 225 actors.

The property also features a 10-acre corn maze (separate from the fright maze); a pumpkin patch; a gem-panning sluice and fossil dig; and a brand-new, mile-and-a-half-long zip line that lets riders traverse the site day and night via 14 50- to 100-foot towers. Kersey Valley also is home to several small storefronts and snack shacks, and in mid-November, a winter wonderland complete with sleigh rides and a tree farm transforms it into a holiday attraction.

Ingenuity and industrious effort obviously drive the Wohlgemuths’ business, but much of what makes Kersey Valley tick is the use of behind-the-scenes technology.

Wohlgemuth and senior engineer David Rundberg are highly trained techies, after all, who also happen to enjoy a good fright. They have deployed technology not just to enliven attractions — think computer-activated pneumatic ghouls and robotic voodoo babies, for example — but also to make the business as efficient as possible.

Wohlgemuth willingly admits that shoeboxes served as the first cash registers. Today, a point-of-sale (POS) system means there’s almost no wait because tickets are timed, helping Kersey Valley staff better manage the 3,000 to 4,000 visitors who come out on Fridays and Saturdays in late October.

No. 7
The Spookywoods rating on HauntWorld Magazine’s listing of America’s top 13 scariest haunted house attractions for 2010

POS devices also are in use at retail venues on the farm, and the captured data feeds a Microsoft SQL Server database. “That’s where reporting comes in,” Rundberg says. “If we’re getting low on inven­tory, it notifies a manager and allows them to be prepared for the next opening weekend and to stock those supplies.”

And there’s plenty of inventory. Kersey Valley stocks more than 2,500 different items. “The alerts allow us to keep the customers happy by having a full stock,” says Donna Wohlgemuth, who manages the storefronts for Kersey Valley.

“If the POS shows a constant drop in cash, we can then use the surveillance system to check what’s happening at the drop point,” Rundberg says.

He also has deployed a Linksys Voice over IP telephony network at Kersey Valley. It routes all the attractions’ calls from various numbers into one system so phones identify the specific attraction.

It might seem like a little thing, Rundberg says, but it means that whoever picks up a call can quickly help the customer. “It always comes back to efficiencies,” adds Tony Wohlgemuth.

Prepared Rather than Scared

As seasoned haunt professionals, few things give Wohlgemuth or Rundberg the willies.

“When you’re out here scaring people for years and your business partner in the IT industry also scares people in the dark, you really lose that sense of fear, and it becomes a game of who can scare who,” Rundberg says.

But that doesn’t mean he’s fearless. When it comes to IT and the business, “I’m definitely scared of losing data,” says Rundberg, adding that a backup strategy is a must for all businesses — no matter their size.

Ultimately, says Donna Wohlgemuth, the evolution of technology coupled with the evolution of the attractions at Kersey Valley has been instrumental to the business’ success. “We’ve come from cardboard and plastic to a full-blown operation that’s ranked among the top haunts in the country,” she says.

There are no signs of Tony Wohlgemuth stopping expansion any time soon: “It really keeps evolving,” he says. “It’s not a job; it’s fun. I just have so many ideas.”

The Maize Adventure cornfield at Kersey Valley farm, which can take as long as two hours to navigate, relies as much on technology as it does on clever design and tricky clues.

The custom design is mapped out each year using computers and a satellite GPS system. The path through the 13-foot stalks this year, the maze’s ninth, requires solving the mystery of who attacked Farmer Joe.

“The cutting out of the maze only takes about five hours with a tractor that’s equipped with GPS onboard computers,” says Kersey Valley owner Tony Wohlgemuth. “One interesting fact is we do this during the night when it’s cool. We don’t need to see where we are going since we’re using the computer to guide us.” 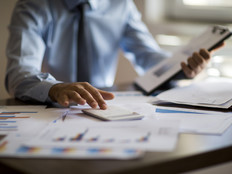 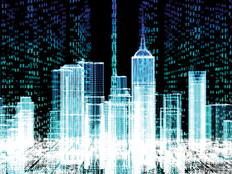