Augmented reality is becoming increasingly popular for retailers. Consumers have grown more accustomed to innovative technology in large part due to the rise of online shopping throughout the pandemic, and retailers have picked up on shoppers’ evolving expectations.

Entrepreneur reports that much of the growth in AR adoption is born of necessity: “The effects of the pandemic plus the global shift to online shopping have resulted in thousands of stores closing. For brands that survived this tumultuous time, it became painstakingly obvious that innovation was key to staying relevant.”

Forbes agrees in its predictions for 2022, saying that AR is just one of the edge computing solutions that “will continue at an unprecedented adoption rate due to their ability to process and manage data where it’s being created, the inherent affordability of these solutions and the simplicity that the market’s options offer today.” 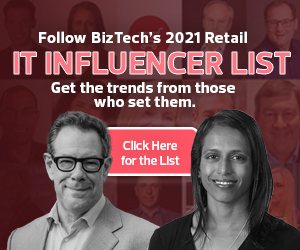 Investopedia defines AR as “an enhanced version of the real physical world that is achieved through the use of digital visual elements, sound, or other sensory stimuli delivered via technology.”

Of course, developing such an enhanced version of reality relies upon the use of specific kinds of hardware, including handheld devices such as smartphones and tablets, as well as TVs, PCs, laptops and digital mirrors. Many forms of AR also require wearable headsets or smart glasses.

While AR offers valuable and practical functions for multiple industries, the retail sector has been relatively quick to adopt the technology for a variety of purposes. For example, Investopedia cites the example of retailers incorporating AR into catalog apps: “Stores let consumers visualize how different products would look like in different environments. For furniture, shoppers point the camera at the appropriate room and the product appears in the foreground.”

Similarly, clothing retailers have found uses for AR such as virtual fitting rooms, which enable shoppers to try on products virtually by placing the items over live imaging of themselves.

RELATED: Find out how the pandemic ushered in an era of contactless payment.

Despite the continued growth of online sales, many shoppers are now returning to physical stores. To better attract them, Entrepreneur reports, retailers must rethink the in-store experience, noting that “consumers are already showing a strong preference for shops that provide novel in-store experiences.”

Snapchat’s recent Future of Shopping report states that “35% of global consumers would go out of their way to visit a store that had at least one advanced technology feature such as smart mirrors and interactive screens. Being able to try on clothes and makeup virtually, or creating unique, personalised products on screens in-store are examples of differentiating technology-led features likely to entice shoppers to bricks-and-mortar retailers.”

Perhaps unsurprisingly, the same report finds that younger consumers are even more likely to be drawn to digital technology in physical spaces: “3 in 10 Gen Z and millennial shoppers say they would go out of their way to visit stores with smart technology, compared to half that number among Gen X. A further 1 in 3 shoppers also say they would use the feature if it was available in-store.”

MORE FROM BIZTECH: Learn how retailers can deploy technology at multiple stores.

As previously noted, AR is just one of the many areas where the retail sector is using edge technology, and experts predict it will become even more common in the years to come. A recent piece in MIT Technology Review states, “Shoppers browsing in the aisles may be only hazily aware of the digital transformation that has been shape-shifting retail for years, including Bluetooth-enabled beacons, personalized offers, and salespeople toting digital tablets.”

However, the adoption of such technologies has accelerated quickly. The publication cites such examples as mobile apps, robotics and internet-connected devices both as a means to improve consumers’ in-store experiences and as a way to help retailers monitor operations, boost cybersecurity and reduce costs.

“To deliver on customer expectations for speed and flexibility, retailers need to bring the applications and the underlying processing and storage closer to where the data is being created,” the report states. “To do this at scale requires edge computing, which can handle applications and workloads for thousands of store locations by running computational power through nearby network and storage equipment” instead of uploading all that data directly to the cloud.

Fortunately, multiple companies — from HPE to Dell Technologies to Aruba — offer products and services in the edge computing space to meet these needs. 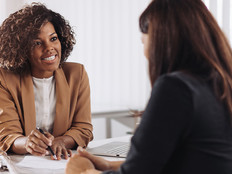