It came fast and furious.

That’s how Mike Pflieger, vice president for IT infrastructure and operations at CDW, described the shift to remote work. At “Reinforcing Business Stability and IT Cost Control,” part of CDW’s Tech Talk series, Pflieger described how his team prepared for the jump in the number of employees — from 3,000 to 8,000 — who worked from home. To guide their IT priorities, Pflieger and the department kept asking themselves the same question.

“How do we ensure we service our customers? That has been the mantra from the beginning,” said Pflieger. “No matter what happens, we’ve got to make sure that we can be customer-facing and focused on how to give our people who service our customers the ability to do so, regardless of where they’re working.”

Enabling these employees was particularly important because of the nature of CDW’s work. The company services many essential businesses — companies that had urgent tech needs.

“We became considered essential because we support so many essential coworkers,” said Pflieger of his team. “Healthcare workers, government workers, schools and other professions working remotely. We had to keep our distribution centers up and running.”

Like the organizations it services, CDW needed to shift its IT strategy quickly, and do it within budget.

How CDW Changed Its IT Focus

The first step to enabling remote work was increasing resources.

“We had to think about how we scale up the technology from a network perspective and a server and storage perspective,” said Pflieger. “But we have budgets to deal with like everybody else.”

“We had to find that funding,” Pflieger said. “So one of the things we had to do is think about stretching our assets a little longer to cover that.”

“We actually repurposed a bunch of gear,” he continued. “We found that we had some virtual machines that weren’t being utilized. We switched some of that technology to help support the virtual desktop environment.”

The nature of remote work means that risks often change as well. Pflieger said that CDW already had a number of strong tools in place, but they did have to be expanded to fit work from home. They also focused on educating their employees so they would remain vigilant. 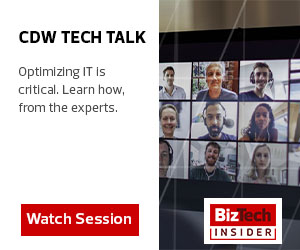 How Businesses Should Be Moving Forward

Now that the main transition has ended, businesses have turned their attention to what’s to come.

“People working from home more often is going to be the norm,” said Pflieger. “Some people might be 100 percent remote, and some companies have been doing that, but it’s been at different levels at different companies.”

Some businesses want to take advantage of fewer onsite employees to cut down on office space, rotating workers in and out of the office in shifts. But they’re learning that the change will affect more of their operations than originally thought.

“We usually have a desk phone,” Pflieger offered as an example. “But one of the things we’re finding is we can’t have a handset on the phone right now, because they can’t sanitize them. You can’t use any kind of sanitizer on the handset. So we’re going to take the handsets off all the phones and replace them with headsets.”

One thing became abundantly clear: Ensuring the ability to collaborate can ensure business continuity, and it’s possibly the most important aspect of operations for organizations to center their plans around.

“Think of a holistic strategy around collaboration, and what you can do to make it easier for us to work together at times like this,” said Pflieger.

The pandemic caught many, if not most, off-guard. But focusing on planning early can help organizations be ready for another unexpected event.

“When we sent everybody home, I have to say we had about two weeks of a little bit of pain with performance while we were waiting for the new stuff to come in,” said Pflieger. “So I think the lesson learned is start sooner if you can, and always prepare for the worst case scenario.” 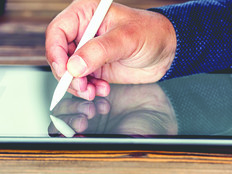 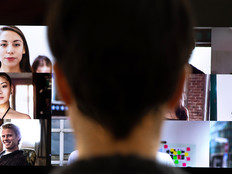 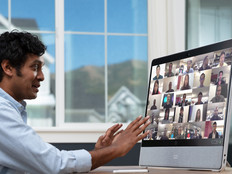