In the computing world, a host of hardware and software is available to store system data, but the two most basic storage options remain the solid-state drive (SSD) and the hard disk drive (HDD).

Let’s break down the advantages and challenges of each across a variety of use cases.

What is a Solid-State Drive?

SSDs store information on microchips using flash memory similar to a USB stick, explains Greg Schulz, and founder of the StorageIO Group and author of several books on storage. This flash memory operates without any moving parts — on a solid state — and is known for faster data encoding and better battery life than other storage options.

Optimized for faster boot times, SSDs are commonly found in mid-tier laptops such as the Dell Latitude 3390 2-in-1, which credits its high performance to its processor and SSD information storage. Older laptops, or those experiencing startup lags, can use an SSD to extend storage on any model.

What is a Hard Disk Drive?

HDDs are the most common form of computer storage, reports Lifewire, and work by encoding data using multiple spinning platters and a read/write head that is suspended above the rotating disk. HDDs are one of the least expensive ways to store large amounts of data.While cost efficient, consider how much data needs to be encoded before selecting the cheapest option, Schulz recommends. HDDs rely upon a platter to spin and write data. This hardware can slow over time, and its moving parts can fail altogether if dropped or damaged.

There are many classes of SSDs, Schulz explains. When shopping for an SSD, it’s important to understand the number of terabytes written (TBW). The more terabytes a device has, the larger it is, and the more cells available to read and write data. Smaller SSDs are optimized for very fast reads and writes, while others are optimized for higher capacity with limits on how many writes can be done over time. These attributes factor into how much data will be encoded, which affects overall life span.

For HDDs, life span is influenced by wear and tear. Despite new “drop” sensors that attempt to protect the moving parts of an HDD from sudden jolts, one fall can render an HDD useless. At best, an HDD with minimal physical damage can expect to last five to six years, according to Lifehacker.

To help predict a drive’s future, Schulz recommends looking at cost per capacity, interface and form factor, as well as TBW and metrics on drive writes per day (DWPD).

Zeus Kerravala, founder and principal analyst with ZK Research, conducted a test to understand the difference between SSDs and HDDs for Windows 10 performance. To ensure the test was comparing apples to apples and all conditions remained the same, he cloned his current HDD onto an SSD and then rebooted the computer to see how long it took the computer to arrive at the point where a user could begin work.

With the HDD, the Windows desktop came up in about 90 seconds. When working with Windows, several processes continued to load after that initial startup. At about four minutes, he was able to open Microsoft Word and start typing — but even then, a check of Task Manager showed the drive performance was still at 75 percent. From a cold start, the total boot time for Windows 10 on an HDD was roughly five minutes.

Kerravala then replaced the HDD with an SSD and ran the same processes. Without any mechanical parts to start up, the Windows desktop appeared in about 20 seconds. After 30 seconds, he was able to open Word, Google Chrome, Adobe Lightroom and other applications.

Mainstream support for Windows 7 ended about four years ago, but the operating system’s official sunsetting date is early 2020, when extended support ends. To prepare for this shift, many businesses are looking at their future storage strategies. Windows 10, designed to constantly update its operating system, is the most data-heavy version of Windows to date.

When considering which hardware is best for Windows 10, Schulz recommends identifying what takes priority: time or space. “SSD gives you performance for productivity — how quickly things get done from startup to shutdown to loading and saving files, images, videos, photos, documents,” Schulz says. “HDD will give you a lower cost. However, factor that in with lower productivity and more time spent waiting.

Choosing Storage for Your Business Needs

Smaller companies, Schulz adds, should purchase for scale. There may be a use case where SSD and HDD tiers can work together, but a little SSD in the right place can often do the job just as well, Schulz says. In fact, if a company can shuttle inactive data to a more cost-effective HDD, investing in an SSD will allow major system processes to run faster.
The important thing, Kerravala adds, is to make an informed decision based on the needs of the company.

SATA for SSD and HDD

One of the most popular types of hard drive technology is SATA, or Serial Advanced Technology Attachment. This connection interface, created in 2003, allows SSDs and HDDs to communicate data with operating systems. SATA drives are guaranteed to work with nearly any computer, no matter its age. SATA SSDs work best for consumer-grade or small devices, and often fail when use needs grow.

SATA HDDs are the most common form of HDD found in laptops, PCs and gaming devices. Compatible with nearly every computer operating system, SATA HDDs rarely suffer catastrophic failure, and instead fail gradually over time. 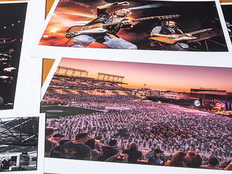