Retailers are striving to improve their buy online, pick up in-store options.

Traditional retailers are jumping quickly on a trend that allows them to leverage their networks of brick-and-mortar stores to gain one key advantage over online-only merchants — while reducing one of their greatest handicaps.

The buy online, pick up in-store (BOPIS) trend is gaining popularity quickly, with 86 percent of retailers agreeing the model will soon become the “default delivery method” and 93 percent expecting to introduce it within the next few years, if they haven’t already, according to “Reinventing the Supply Chain: The Future of Fulfillment Vision Study,” a report by Zebra Technologies.

Hugely popular with consumers, BOPIS offers stores both customer satisfaction and supply chain benefits, experts say. It allows stores to satisfy shoppers’ urge for instant gratification — something many online-only stores, with their days-long delivery lag times, struggle with. At the same time, BOPIS allows traditional retailers to turn their stores into distribution hubs to which consumers are happy to travel.

This holiday season has marked a huge uptick in online sales being collected at stores, according to Adobe Analytics, which closely tracks holiday shopping trends. In a year when retail sales hit a record $80.3 billion from Nov. 1 to Dec. 6, up 18 percent from last year, so-called “click and collect” orders were up 46 percent.

“We found a few years ago, a lot of the discussions retailers were having brought all different perspectives on BOPIS. It was in its infancy,” Frank Layo, managing director at Kurt Salmon, part of Accenture Strategy, tells CNBC. But now, he says, retailers see it as a way to combat online retailers’ “building distribution centers around them."

Shoppers say they love the opportunity to pick up items at a store that they’ve purchased online. More than 61 percent have already tried the BOPIS experience, according to Foresee, a customer experience management company following retail and other industries. And about a quarter of people end up in a store to buy something they found online, even if they didn’t buy it online.

A survey of consumers by HRC Retail Advisory, meanwhile, found that 69 percent of shoppers said the ability to pick up items they purchased online is important to them.

A number of major retail chains have started to see success with their BOPIS strategies. Home Depot, for example, reports that 45 percent of its online orders are picked up in stores, and in July the company announced that it will install lockers where customers can pick up their items without the need for a store employee’s help. Home Depot plans to install the lockers in all of its 2,000 locations by 2021.

“Customers’ expectations with shopping are changing,” spokeswoman Lana Johnston told USA Today, “and they want as many options as you can possibly give them.”

Retailers such as Target, Walmart and Best Buy are also focusing squarely on driving more foot traffic through their stores with BOPIS options.

Until recently, though, many retailers have struggled to fine-tune their customer experiences, with many customers complaining that items weren’t ready when they arrived for pickup, suggesting inefficiencies in stores’ inventory management systems. According to Foresee, about 18 percent of people have had problems when trying to order online and pick up at the store.

Dave Bruno, marketing director for Aptos, a retail technology company, says in a recent blog post that too many stores’ “fulfillment processes are driven primarily by logistical expediency and efficiency, rather than by customer outcomes.”

Bruno says he often picks up items at stores that he bought online, and is often disappointed: “Many stores sent me to the return desk to stand in line to pick up my purchase. Others forced me to seek out associates on the floor to ask where to go to pick up my order (and a couple especially harried folks looked very tempted to tell me exactly where to go, if you know what I mean). Other stores were well-outfitted with clear signage, but unfortunately those signs all directed me to the back of the store or to long checkout lines.”

But that may be changing. Kurt Salmon’s Layo and colleague Steve Osburn say their annual test of retailers’ BOPIS execution showed real improvement for the first time this year. They ordered 43 items online across 15 retailers, and two-thirds of orders were fulfilled without a problem. They spent an average of only seven minutes waiting in a store to pick up their item, "a significant improvement over what we've seen in years past," says Osburn. 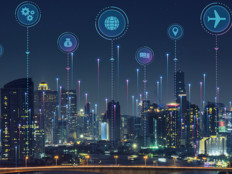