Organizations are operating in a multicloud world, often juggling multiple public cloud environments and private clouds as well. All of that can be daunting to manage, especially for small and medium-sized businesses, which typically don’t have large IT teams.

At the VMworld 2018 conference in Las Vegas this week, VMware unveiled several enhancements to its cloud services portfolio that it hopes will make it significantly easier for IT teams to manage and secure cloud environments. The services are aimed at cloud operations, DevOps, and security and compliance teams, and are designed to help them better manage cloud costs, operations, security and compliance across multiple clouds.

Learn how to maximize the benefits of cloud architectures.

VMware Wants to Ease the Burden of Multicloud Management

Citing 2017 data from Forrester Research, VMware noted that 89 percent of enterprises use at least two clouds, and 74 percent use at least three or more public clouds.

Those complex cloud environments make it difficult for IT teams to gain the necessary visibility into their clouds, enforce compliance, ensure application performance and deliver security.

The new cloud services from VMware streamline application delivery, enable cloud flexibility and choice, and control risks, VMware says. They are also designed to facilitate cooperation between traditionally siloed groups within enterprises. Here is a quick breakdown of the new services:

Read more articles and check out videos from BizTech’s coverage of VMworld 2018 here. 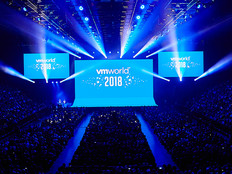 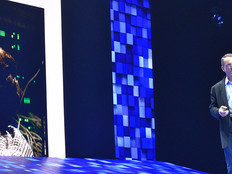