VMware is seeing tremendous momentum in software-defined WANs, and considers it an opportunity for organizations, especially businesses with branch locations, to fundamentally restructure the way they operate their networks and lower costs.

In December 2017, VMware acquired VeloCloud, a provider of cloud-delivered SD-WAN. At the VMworld 2018 conference in Las Vegas this week, VMware CEO Pat Gelsinger described SD-WAN as the “hottest” element of the company’s product portfolio.

SD-WAN is one of the key elements of the company’s broader vision to extend its cloud and virtualization capabilities to the network edge and the Internet of Things.

At the conference, VMware COO Sanjay Poonen echoed Gelsinger, saying the VeloCloud deal has surpassed expectations for what it could deliver. To date, he said, roughly 30 to 35 percent of network cost has been for hardware, 5 percent has been for software or virtualization, and the rest has been devoted to labor costs and operating expenses. Software-defined networking enables organizations to change that in their data centers and WAN, according to Poonen. “We’re changing the economics of that equation fundamentally,” he said.

SD-WAN applies software-defined networking concepts to WANs, and decouples the network and the control plane, abstracting traffic management and monitoring from network hardware. The technology then applies that to individual applications running over the WAN.

By automating network deployment and management, both SDN and SD-WAN virtualize resources, which boosts performance, enhances the efficiency of the network and improves network availability while lowering total cost of ownership.

SD-WAN enables organizations to cut down the amount of time that IT staff are devoted to provisioning and managing networks, which is especially helpful for small and medium-sized business and those with branch locations.

“If you do SD-WAN right, you can take IT out of all your branches and provision and manage all your resources centrally,” Brad Casemore, an IDC research director, told BizTech. “Adopting SD-WAN is becoming easier as vendors develop turnkey solutions and providers begin to offer SD-WAN as a managed service.”

SD-WAN enables organizations to reduce hardware costs, and labor costs especially, Poonen said. He noted that it is difficult for consumers to program TVs, but that setup is more easily managed via a smartphone application. The same approach is being applied to networks. “Software has changed the world in networking,” he said.

“Apply that same logic to any problem in the networking stack, whether it’s the router, the switch, the load balancer or the firewall capability,” Poonen said. Instead of having an IT staff member physically provision a hardware component or change a network setting, SD-WAN allows all of that to be done via software. He added that some vertical markets, including retail and financial services, are starting to embrace SD-WAN and “make some dramatic decisions on how they modernize their WAN.”

VMware Focuses on Extending Capabilities to the Edge

VMware says that it is developing a framework that extends its hybrid and multicloud environments to the edge and supports IoT devices. The goal is to secure, manage and automate applications and devices at the edge.

“VMware will help customers by providing local intelligence and compute from the data center to the cloud to the edge, building on VMware’s network edge investments,” the company notes in a statement. “VMware simplifies edge and IoT infrastructure complexity, security and scale, to enable customers to focus on building applications for their business, rather than the infrastructure beneath it.”

Gartner predicts there will be 20.4 billion connected devices in use by 2020. Mimi Spier, vice president of Internet of Things Business at VMware, said at the press conference that as more data gets collected and stays at the edge to be used for real-time analytics, syncing to the cloud later, “we see the need to have a complete infrastructure and digital foundation.”

“We’re extending our digital foundation so that we can bring that consistent infrastructure, that consistent operations, but in addition have the choice of application development that our customers really appreciate in the cloud. We want to also provide that at the edge,” she said.

VMware also touted a new initiative, Project Dimension, which the company says “will combine VMware Cloud Foundation in a hyperconverged form factor with a cloud control plane to deliver a software-defined data center infrastructure as an end-to-end service, operated by VMware.”

Read more articles and check out videos from BizTech’s coverage of VMworld 2018 here. 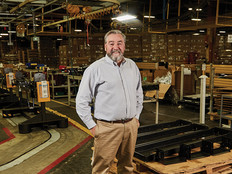 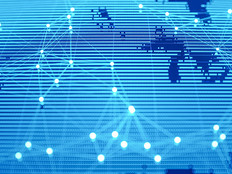 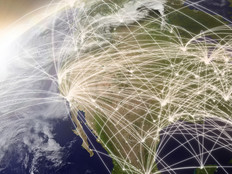