Anthony Passemard, head of product management for IoT at Google Cloud, shows off new IoT technology at Google Next.

In the birth and evolution of every emerging technology, the initial victory is merely the existence of that technology. Such has been the case for the Internet of Things. The push, to date, has largely centered on merely attaching sensors to inanimate objects. For the oil and gas industry, that means putting sensors on equipment to increase active rig time. For property management, it means putting sensors in buildings to make them “smart,” so managers can get a read on maintenance and energy issues around the clock.

Google wants to push that smartness level up a notch. Rather than just slapping sensors on inanimate objects, the company now is putting microcomputers at the network edge, so that the sensors can do more than just gather and send data.

“We’re moving from connectivity to intelligence,” said Anthony Passemard, head of product management for IoT at Google Cloud, while speaking at Google Next in San Francisco. “Because without real intelligence or actionable insights on the data that’s generated by those devices, it’s hard to get a real return on investment.”

The announcement of Google’s Edge TPU product drew applause and cheers from the crowd at Google Next.

Edge TPU is Google’s application-specific integrated circuit (ASIC), which complements the company’s Cloud TPU offering. Cloud TPU, as its name indicates, operates in the cloud rather than at the point of data collection or the edge. In both products, TPU stands for Tensor Processing Unit, which indicates these chips and software are custom-built for TensorFlow, the machine learning framework that Google built and then open-sourced.

The tech specs on Edge TPU are impressive enough, but even more so is the level of processing power packed into such a small footprint. Four Edge TPUs can fit on a single penny. 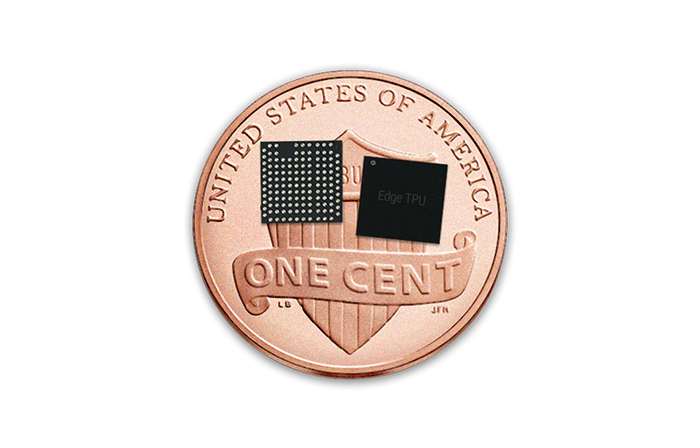 While the hardware itself is eye-popping, Google is also rolling out Cloud IoT Edge along with it to give companies the tools to make sense of the smarter data they’re gathering. It comes with “a runtime for gateway class devices, with at least one CPU, to locally store, translate, process, and derive intelligence from data at the edge, while seamlessly interoperating with the rest of Cloud IoT platform,” according to a corporate blog post.

But more important, the use cases that are emerging as a result of this intelligent Internet of Things shift are a sign that we’re entering phase two of the IoT revolution.

Freight Farms is a startup focused on bringing farming to the masses. Using freight containers, the company allows people and organizations to create their own farms — or Leafy Green Machines, as the company calls them — that they operate and manage remotely with bleeding-edge IoT technology.

Jon Friedman, president and co-founder of Freight Farms, demonstrated in real time how his company’s mobile application and remote farming offering operate with the support of Google’s Cloud, AI and IoT technologies.

As IoT matures, expect to see more impressive use cases like Freight Farms.