The heart of a research university is its IT infrastructure, says Jerry Sheehan, CIO of Montana State University in Bozeman. And his university needed more than just a network upgrade; he and his team had to rethink the whole idea of what a network should be and what it should do for its end users.

Sheehan realized that they couldn’t get there with the former hardware-only network architecture. Such traditional architecture lacks the flexibility necessary to meet the needs of its end users, who are often research scientists working with large data sets.

The hardware-only solution “means you decide what buildings people are going to be in, you drop the connections in those rooms, and then you assume that in a modern university, no one moves,” Sheehan said. “That didn’t work out very well for us.”

Sheehan was speaking at Cisco Live 2018 in Orlando, Fla., as part of a panel of early adopters of Cisco’s emerging suite of “intent-based” software-defined architecture solutions. He said Montana State began deploying SDA about nine months ago, managing it through Cisco’s new DNA Center.

“The reason we took this approach is that, in an era of complexity and change that we’re in right now, hardware-only solutions just aren’t flexible enough to really meet our end-user needs. So we deployed a software-based architecture with Cisco hardware underneath it to allow us to be a little more flexible,” he said.

SDA Networking Is Passing the Test

The university continues to test its new network’s performance, starting with its data-intensive research networking needs because that is the school’s most vexing challenge. So far, Sheehan is blown away by the reduced cost of network management and dramatically increased deployment times.

For example, with its hardware-only network, installing a network segment in a physical building would take a full week’s worth of staff time spread out over many months. But with the software-defined architecture, the work takes about 10 staff hours and can be completed in about a week.

An outdoorsman, Sheehan said he has experience testing hunting dogs. “And as a dog in the field, it’s doing great,” he said of his new network. “We focused on research networking because we saw that as the most extreme challenge that we have. Everything we see right now is allowing us to understand more as we end up becoming a university that embraces the network.”

Hardware-Based Networks Give Way to SDA

Sheehan argued that the change represents something more foundational than a network upgrade. It’s a “fundamental paradigm shift” in the way university officials think about the network, transforming it from a barrier to outcomes to an enabler of them.

Hardware-only networks are “great things to look at” Sheehan said, but they’re seen as “utilities” that may or may not “work” at any moment in time. The automation made possible by software-defined networking allows engineers to do things that are not practical with hardware-only networks because they require too much manual configuration.

For example, Montana State’s digital film school created a film for the university planetarium called Einstein’s Gravity Playlist. With the old hardware-only network, the school would share the film with other planetariums by sending it through the mail on a hard drive.

The new network changes all of that. “In an SDA world, we can configure an identity that moves with the user, so if they’re gathering content out in the field, we can bridge that back. If they’re on campus, they can move through multiple areas,” Sheehan said. “So now the faculty member thinks of the network as a way to do digital film. Before, the network was a barrier to doing that.”

Automation is truly life-changing for network engineers, too. Instead of spending all their time “sitting in the back of the room” doing manual configurations, dramatically limiting what’s possible, Sheehan explained, “you now can move folks who are networking-knowledgeable out to talk to end users about what they’re actually trying to accomplish. That’s how we turn the network from being a barrier to being an enabler of outcomes.” 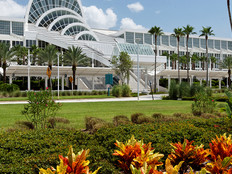 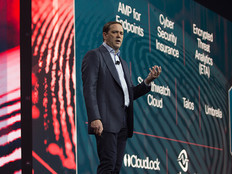 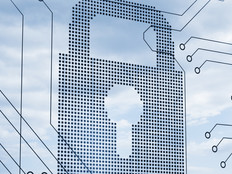