Just as the Atlanta Braves reinvented themselves with a modern network architecture, so can any business, says Cisco CEO Chuck Robbins.

On April 14, 2017, the Atlanta Braves opened their home schedule, beating the San Diego Padres 5-2. For the team and its fans, the game was more than just a home opener, it was the first day they would spend together at SunTrust Park, the centerpiece of a $1.1 billion megaproject that was years in the making and included the stadium and a large mixed-use development called the Battery Atlanta.

For Greg Gatti, CIO of the Braves, it was the culmination of years of grueling work — and a chance to breathe a big sigh of relief.

“I had a somewhat selfish perspective,” Gatti recalled this week. “It was: ‘OK, how do we make sure that Greg doesn’t get fired before Opening Day or immediately thereafter?’”

He did not get fired. On the contrary, the project has been lauded as a huge success. “We’ve had over 100 teams come visit SunTrust Park and the Battery Atlanta. We really are that new model.”

Gatti described the club’s vision for the project, the technology it deployed to see the vision through and the results so far to attendees of Cisco Live 2018 in Orlando, Fla., this week.

From the beginning, it was clear the project would not just be another new ballpark. In addition to the stadium, the Braves would be building 1.5 million square feet of homes, retail shops, office buildings and restaurants around SunTrust Park. The Battery Atlanta is also home to a 4,000-seat music venue and a four-star hotel.

The club was attempting to create an atmosphere that was the very opposite of Turner Field, its previous home.

But the technology undertaking necessary to bring that vision to life was daunting. Gatti and the Braves also had a vision for what they wanted their technology to do.

Their vision included a one-network concept, in which everything — the club’s back-office network; the Wi-Fi in the ballpark and the Battery; the networks used to manage the sprinklers, lights and other ballpark operations; and all third-party service providers, from the food vendors to parking attendants — would run on a single network.

This idea was novel, Gatti said. Traditional stadiums have separate networks for the team and its various vendors. And of course, no one had ever attempted to push Wi-Fi and other technical resources out from a stadium to a surrounding community.

“We wanted everything to run on our network so we would have full visibility and make sure it was secure, and that it scaled and was available to fans,” he explained. “So we had a massive tech environment to deliver.”

Technology as a Revenue Driver

They also wanted the technology, which made up 12.5 percent of the project budget, to be a source of revenue. The stadium television network at Turner Field showed the game but wasn’t monetized with advertising. The club wanted to change that — not just in SunTrust Park, but around it.

Today there are about 1,350 screens, including some double-sided touch-screen kiosks that feature wayfinding applications, throughout the stadium and the Battery, all of it powered by Cisco Vision dynamic signage technology.

“Cisco showed us all the different capabilities we could have with Cisco Vision, and that really opened our eyes because we were used to what we had at Turner Field,” Gatti said. “They also led a series of meetings rolling into Opening Day to help develop and deploy that content and make sure that we had something we could market from an ad standpoint.”

Today, he said, the team considers itself a digital marketing company in addition to a ballclub, and it has the seven-figure ad revenue to prove it.

In the end, Gatti said the network is unparalleled by anything else in sports. Its Wi-Fi network, for example, is “the fastest Wi-Fi you’ve ever been on. We will give you all the bandwidth your device can handle with no restrictions.” Yet despite its technical sophistication, the network is simple enough for his 18-member IT team to manage.

Most importantly, he said, the network is now the heart of a transformed business.

“We went from being a ballclub to being a technology-driven landlord, development and marketing company,” he said. 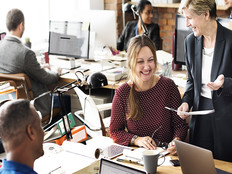 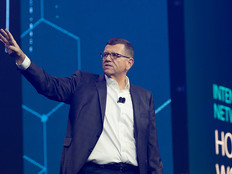 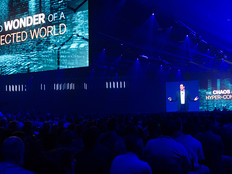