From time to time it’s important to check one’s assumptions, to re-evaluate the conventional wisdom.

Here’s an example: The economy is changing, and that’s mostly a good thing. But change is always painful for out-of-favor industries and the people who work in them. And while we celebrate the digital economy and the wonders it brings, some old-economy industries will inevitably be left in the dust.

That’s what we’re told, at least. But here’s a counterpoint: Just as the digital revolution poses challenges to legacy businesses, it also presents opportunities. Companies stuck in the old ways probably will struggle to compete in the new economy. But those willing to think creatively about how technology can empower their businesses to do more with less, interact differently with customers, inform their strategy and change their processes will thrive — no matter what industry they’re in.

Retailers and Manufacturers Retool Themselves with New Tech

Retailers like Pebble Beach Company seize the opportunity of technology, reinventing the in-store shopping experience by merging it with the online experience, all the while using data to make smarter real-time decisions about what consumers want (see “How Technology Is Delivering the Future of Retail Today”).

Advanced manufacturers deploy a range of technologies to reduce costs, gain efficiencies and drive revenue. Daimler Trucks North America, for one, deployed networking, collaboration and other technologies at its factory in Portland, Ore. (see “Manufacturing Companies Reinvent Themselves with Advanced Technology”).

Manufacturers like Daimler are exceptional, but hardly unique. In fact, according to IDC, three-fourths of big manufacturers will be deploying technologies like the Internet of Things by the end of next year.

Meanwhile, retail analyst Jan Rogers Kniffen told us that, thanks to Big Data, the apparel and accessory sector had its best year ever in inventory management in 2017, a crucial success metric. That’s likely to continue as more retailers master the power of business intelligence.

Add it up, and I’m convinced that it’s time for an update to the conventional wisdom. These aren’t the end times for select industries, only for those stuck in yesterday’s way of thinking. Whatever business you’re in, what’s most required to seize the digital moment is creative thinking and a willingness to embrace the change that technology brings. 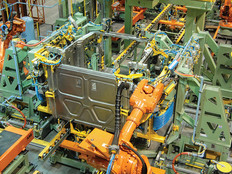 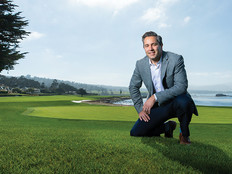 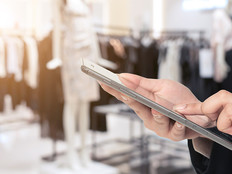