In September 2016, about a year after Jonathan Smith joined California-based North County Health Services as its vice president of IT, the healthcare organization experienced a bomb threat.

The organization, which had adopted Citrix technology around 2012 but only transitioned all employees to using the company’s XenMobile and ShareFile tools in 2015, had to evacuate its headquarters in San Marcos, Calif., Smith said. The bomb threat was called in on a payday, and North County’s payroll department was worried it wouldn’t be able to process employees’ paychecks, Smith said this week at the Citrix Synergy 2018 conference in Anaheim, Calif.

“It was right at that point when we had transitioned everybody to Citrix,” Smith said. “And it was a great use case. I could say, ‘Listen, your computer is still available, you can access it anywhere.’ And that’s when it clicked for our staff of why Citrix is beneficial. You can access it anywhere at any time, as long as the servers are active and up to date.”

The example, while extreme, illustrates the benefits that healthcare organizations can gain from using Citrix’s tools. One of the most significant is added flexibility for doctors and staff members. However, Citrix’s solutions also help them save costs and be more efficient, which allows them to serve more patients, healthcare executives and IT officials said at the conference.

North County Health Services, founded in 1971, is a nonprofit that has 13 health centers that serve underserved populations in the North County area of San Diego County and Riverside County. In 2017, the system provided 314,000 clinical services to 65,000 patients.

Before Smith arrived, North County had used Citrix’s XenDesktop and XenApp services, but inconsistently. “The systems were very old and not taken care of very well, not really given the chance to be taken care,” he said. Right before he joined, the organization made a larger shift to adopt XenDesktop and then expanded to XenMobile, ShareFile and NetScaler software-defined wide area networking tool.

Smith runs an IT team of 14 people, and North County has a staff of 76 full-time employees and 25 contractors who all use Citrix services.

North County clinicians and staff can have both mobility and security via Citrix, Smith said. He can enable ShareFile on XenMobile, so that users can access an email on a mobile device, click on a file attachment, and share and save it to ShareFile, even though Smith’s team can limit what they can access from a security perspective. Users can also access work remotely. “It’s enabling them,” he said.

Meanwhile, North County has also recently launched a telemedicine program for psychiatry, which may extend to primary care, Smith said. Instead of setting up a laptop with a web camera and microphone, for about the same cost or less, Smith was able to use Citrix tools to modernize the center’s exam rooms by bringing in a mobile cart and placing an iPad on the cart to securely access a video app. This improved the patient experience and allows staff members to easily access the needed app, he said.

From an IT perspective, Smith said, Citrix’s tools allow staff to manage devices and maintain security without having to have the large staff on hand.

“You don’t have to worry about those mobile devices being lost, which is one of the big risks in security right now,” he added. North County’s IT staff does not need to worry about personal health information and files being downloaded locally to smartphones. “With XenMobile, it doesn’t do that,” Smith said. “So, you have that comfort as an IT staff to know you have that sense of control.”

Health Choice Network is a lot larger than North County, but also uses Citrix technology to stay productive and efficient. The organization, founded in 1994, is a Health Center Controlled Network and was the first of its kind, according to CEO Alex Romillo, as a nonprofit organization governed by a board comprised of CEOs of its nonprofit, federally qualified health center members. There are now about 50 nationwide.

Health Choice Network (HCN) serves as the CIO for the health centers, Romillo said. “As they grow, we grow,” he said. “So, we provide an array of services in the hosting field. And we deliver all our hosting applications through our Citrix partnership.”

Romillo noted that Health Choice Network has been working with Citrix for nearly 24 years and uses Citrix Cloud with managed services, as well as NetScaler and ShareFile, and all of the health centers in the network use Citrix. The organization has an IT staff of about 80 who work with the health centers on everything from Citrix deployments to electronic health records and Wi-Fi network rollouts, according to CIO Maylee Sanchez. The organization also dispatches IT members to the centers to troubleshoot issues. HCN has a suite of apps for functions like back office, procurement, accounting, revenue cycle management and managed care that it also provides to the centers in the network, according to Romillo.

HCN supports 63 health center organizations and more than 700 physical facilities with 9,000 unique users, Romillo said, and last year it had 3.1 million visits from 1.7 million unique patients. About 80 percent of HCN’s patients use Medicaid and 20 percent are uninsured, he added. The organization operates in 23 states today and has a significant presence in nine: Florida, Hawaii, Kansas, Maryland, Missouri, New Mexico, North Carolina, Rhode Island and Utah. HCN uses its scale to get better deals on IT for the health centers.

Using Citrix across the board gives HCN a centralized management solution, and the organization is able to version control software deployments and updates. “Our job is to provide the entire desktop to that user so they can treat patients and not worry about, ‘I’m missing an update or a patch or anti-virus,’” he noted.

HCN serves as a “pass-through” organization, so if Citrix charges the organization $1 for something, it charges $1 to the health centers. Citrix solutions allow HCN to limit the amount of hardware and software each center needs, Romillo said. That helps save money in a nonprofit model where every dollar counts. “Now we can deploy a Raspberry Pi for $100 and provide an entire suite of solutions,” he added.

Sanchez noted that adoption is simple, and deployments and updates across the HCN network is standardized and straightforward. “We can manage it much easier as well because we don’t have to touch every single computer,” she said. “We have management at an enterprise level that we can pinpoint whatever centers need our help or whatever we need to focus on.”

Romillo said the Citrix Cloud means that HCN’s IT systems respond faster and have reduced login times. That improves the clinician workflow and allows doctors to see more patients throughout the day and get time back.

Doctors can also use Citrix tools to go from exam room to exam room and pick up their work where they left off, and can access work from home or out of a traditional office setting, Sanchez noted. “We have patients who are homeless, so we have to do that outreach,” she said. “it’s important for us to give them the same experience no matter where they are.” 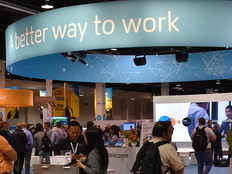 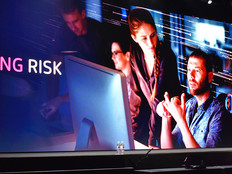 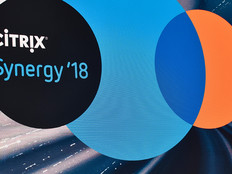