For enterprises that want to move more data to the cloud but are worried about how they can do so securely, Commvault and Google have a response: trust us.

The two companies announced a partnership for Commvault to work with the Google Cloud Platform (GCP), and want to make it easier for organizations to “lift and shift” applications and workloads to the cloud. The teaming, announced on Tuesday at the Commvault GO 2017 conference at the National Harbor near Washington, D.C., will help companies that want to move large volumes of data to the public cloud.

Google and Commvault say the partnership will accelerate data migration to GCP by providing businesses with enhanced security and data protection capabilities. Commvault says that its compression and global deduplication will help rapidly and cost-effectively move huge volumes of data to GCP.

Commvault says the deal will enable companies to get the data protection they need to support large-scale, lift-and-shift cloud projects as well as fast, comprehensive search capabilities across multiple cloud storage locations with a single consolidated view of data wherever it lives.

According to Commvault’s “cloud FOMO” survey released in August, 68 percent of the C-suite respondents cited the sheer volume of data as the biggest barrier preventing them from moving more apps and data to the cloud. However, 56 percent of respondents stated that they have moved or intend to move not just some, but all of their processes to the cloud.

The partnership will make cloud migration easier, the companies say, because it will allow companies to deploy a single solution for holistic data management, including data backup, recovery, management and e-discovery across on-premises, GCP and other cloud environments.

Under the terms of the deal, Commvault will support all four GCP storage classes for content repositories: Coldline, Nearline, Regional and Multi-Regional. Coldline and Nearline are intended for storing infrequently accessed data.

Commvault says that will help customers optimize their cloud investments by enabling them to achieve the right balance between access and cost economics of data storage.

The partnership supports applications and databases such as SAP, Microsoft Exchange, Oracle and IBM Db2, as well as Big Data applications such as IBM General Parallel File System, MongoDB, Apache Hadoop and more. “As enterprises move their applications to Google Compute Engine, you can use the same data protection policies that you use on-premises with Commvault’s data protection software,” Adam Massey, director of strategic technology partnerships for Google Cloud, says in a company blog post.

Commvault also offers data management capabilities on GCP for G Suite applications such as Gmail and Google Drive, including backup, recovery and management.

Customers will have the ability to recover data where it’s needed, either on-premises, to another cloud storage location or to another cloud. Further, Commvault says, customers will have the flexibility to create large deduplicated storage pools, but with granular controls to move data and workloads to, from and across clouds and across regions within a single cloud.

Speaking onstage during a keynote appearance at the conference on Wednesday, Massey said that Google, like Commvault, believes in “doing remarkable things with data” and that the partnership is just beginning. The companies want to bring together the innovation Google is doing with artificial intelligence, machine learning and analytics and pair it with Commvault’s platform, he said.

Make It Easier to Move and Manage Data in the Cloud

Penny Gralewski, solutions marketing lead for cloud data management at Commvault, says that many GCP customers want to be either cloud-first or only have their data in the cloud. The deal is aimed at organizations that want to move from on-premises environments to the cloud for large lift-and-shift migrations, she says.

While public clouds are very secure, the way organizations move data to the cloud is a “different story,” Gralewski says, comparing an organization’s data to a storage unit that is within a fenced facility.

“But if you don’t lock your storage unit, you’re not taking of your stuff,” she says. “We want enterprises to know that they have to take care of their data.”

Organizations, Gralewski notes, are responsible for moving their data to the cloud and securing their data in the cloud. Commvault encourages customers to actively manage their data.

“Especially if it’s a smaller IT team, they need to take advantage of automation and orchestration as much as they can,” she says. “Managing data can be a repetitive process if you don’t have a technology that automates it.”

Commvault can help with that orchestration, Gralewski says, but organizations need to take several steps to ensure they have visibility into their data and a way to recover it.

IT leaders need to talk to business and financial leaders to find out who is purchasing cloud capacity, Gralewski says. Users may also be putting data in Software as a Service applications and assuming the data is being backed up when it isn’t, she says, and IT needs to educate users and ensure the data is backed up.

Gralewski also recommends that organizations practice disaster recovery exercises. “Having a plan is very different than practicing your plan and knowing whether it is working or not,” she says.

In the end, she says, the goal of cloud storage is to allow organizations to access and use the data to benefit their business. “That’s where business advances are made, that’s where discoveries are made, when we can bring all of that data together and do something to advance the business,” she says. 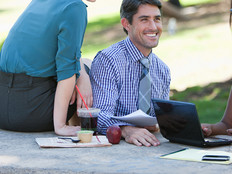 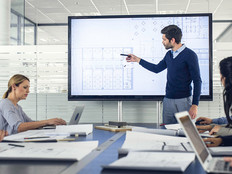 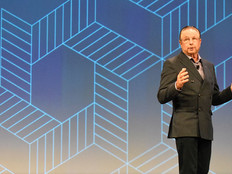