Today is Giving Tuesday, often cited as the biggest day of the year for many nonprofits, and with good reason.

The day is an annual post-Thanksgiving event that encourages people to donate money, their time, or goods and services to their favorite nonprofit organizations and charities. Last year, more than $180 million was raised for nonprofits on Giving Tuesday, according to the 92nd Street Y in New York City, which is credited with launching the event with the United Nations Foundation in 2012. That was up from around $117 million in 2015, setting a new record.

As more nonprofits participate in #GivingTuesday, it becomes more difficult to stand out from peer organizations and reach potential donors. Technology can help nonprofits reach donors, make it easier for donors to give and follow up with them after Giving Tuesday to encourage additional donations and involvement in the organization and its mission.

Here are four tech tips nonprofits should follow for Giving Tuesday 2017 — and for next year:

JMT Consulting, a technology services company focused on nonprofits, notes that Giving Tuesday started with a hashtag and then grew into a movement. The firm advises that nonprofits promote #GivingTuesday through their social channels and interact with other nonprofits and companies getting involved.

“This is a great opportunity to share stories from your organization that show how you’re championing your cause and how your supporters involvement will make a difference too,” JMT adds.

MobileCause, which provides end-to-end digital fundraising software for nonprofits, says that nonprofits should also use social media to recruit “social ambassadors,” who are active social media followers who promote the nonprofit’s campaign to their network. Nonprofits should provide them with content, training and thanks before, during and after Giving Tuesday. Additionally, nonprofits can encourage social media followers on Facebook, Twitter and Instagram to post an “#UNselfie” and replace their profile picture for the day to promote the nonprofit’s cause.

The majority of emails are opened on mobile devices, according to email marketing firm Litmus, and many nonprofits use email to reach potential donors on Giving Tuesday. Those emails often include links to quickly donate on nonprofits’ websites.

Therefore, it behooves nonprofits to ensure that their websites are mobile-friendly and use responsive design.

Network for Good, an online fundraising platform for charities and nonprofits, says that donors should be directed straight to a donation page. “You can make this mistake if your call to action is hyperlinked to a page on your website that explains the many reasons why someone should donate to your nonprofit,” the organization says. “This path requires your potential donors to find their own way to get to the donation page once they land on your website. Every extra step you add to the donation process lowers your response rate.”

JMT adds that nonprofits should consider whether the buttons and images on the mobile website are large and clear enough to be easily seen and tapped. “Look for any opportunities to make the donation process easier for your donors and reduce friction that may keep them from following through,” the firm says.

Network for Good advises nonprofits to use a donor management system or platform to analyze data about donors. Such platforms bring together data on donor history, donations and contact records.

On Giving Tuesday, the company notes, that platform “will be the hub that tracks your campaign’s success.”

Data analytics systems can also help nonprofits “keep track of supporters who are the most engaged, especially those who interact with your nonprofit on social media. This tactic gives you a good idea of who has an active presence online and who would be best to recruit for your next peer-to-peer fundraising campaign,” Network for Good says.

Storing these notes in the platform makes the information easily accessible to everyone in the organization, Network for Good notes. Analytics can also help nonprofits easily pull a list of major donors.

“Get your board members involved with #GivingTuesday by encouraging them to call these donors,” the company adds. “Have them follow up on pledges made earlier in the year that have yet to come in or ask these donors to support your nonprofit in this 24-hour push to hit a big goal. FYI: Giving your board access to your [donor management software] allows them to review giving history to craft an appropriate ask and also add notes on their conversations.”

After Giving Tuesday, nonprofit organizations can follow up with donors via social media, email or text message if donors have given their mobile phone numbers.

“You want to be sure you’re following up with donors and thanking them for their generosity,” JMT says. “It’s also good to follow up with anyone who may have started along the path to donation, but dropped off (sent a text to your organization but never completed the donation form).”

The Nonprofit Technology Network says that, in addition to reaching out well before Giving Tuesday, nonprofits should not be afraid to reach out throughout the day via email. “If you can, segment your list: Send a different message to people who already donated, or people who haven’t yet opened or clicked your first message,” the group says. “Tailoring your ask helps supporters feel more appreciated and more likely to take the next step.” 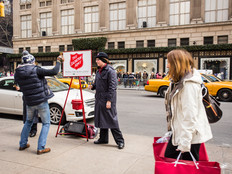 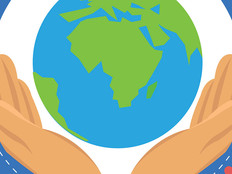 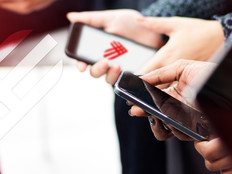