VMware has spent the past year putting together the pieces to make it easier for IT teams to manage applications in the cloud across virtually all major device platforms. Now it’s giving IT managers better insight into how those apps are being used.

At the VMworld 2017 conference in Las Vegas, VMware unveiled several updates to its Workspace ONE unified endpoint management platform. The platform now supports not only Microsoft’s Windows platform, but also Google’s Android and Chrome OS and Apple’s iOS and macOS. VMware and Google announced an agreement last week for VMware to manage Chromebooks, and macOS was added this week.

Beyond adding new features to Workspace ONE, VMware also unveiled Workspace ONE Intelligence, a new service on top of the platform that gives IT visibility into usage patterns of applications and devices so that they can make informed decisions about software licensing, behavior and security. The goal is to give IT teams more information about and control over their applications.

The service is in beta now but will be available later this year.

“You can very quickly get rich insights and build automated actions from all the richness of data that we make available in a Big Data and intelligent system,” Sumit Dhawan, VMware’s senior vice president and general manager for end-user computing, told reporters. That information includes device application performance and usage patterns. VMware wants to give IT managers “the right amount of information to help them make decisions quicker and create automation,” more easily, Dhawan said.

The idea behind Intelligence is that such insights — and the automated actions that can be set as a result of them — will help IT teams accelerate planning, enhance security and improve the user experience.

Data about app deployments, usage, device security and the end-user experience will help IT understand the performance and security of their devices in the field, according to VMware. The service also has a built-in rules engine to empower IT leaders to set automated actions that enable real-time security and performance optimization.

David Grant, VMware’s vice president of product and technical marketing for end-user computing, noted in an interview with BizTech that endpoint devices, especially smartphones, produce tremendous amounts of data about app usage, location, device posture, the updates made to the device software and more.

By tapping this data, the Intelligence service could let IT managers know, for instance, that most of the company’s users are using only three of the apps that are provided on their corporate devices, allowing the company to stop paying for software licenses that are going unused. In that sense, the service would act much like a software asset management tool. “That’s a big problem for companies,” Gant said. “They buy all of these licenses and they don’t even know who’s using them.”

The Intelligence platform could also let IT managers know if a version of an app is not working or is experiencing a glitch. It would be able to detect when the app broke and then automatically reprovision the app and have it revert to the last known version that did work, Gant said. “That’s an example of what it can do via automation,” he added.

Breaking Down Silos in App Provisioning

A year ago at VMworld 2016, VMware unveiled its vision of Unified Endpoint Management and extended the company’s AirWatch management of mobile devices to Windows 10 devices. Now, with Chrome OS and macOS, VMware can offer a unified application management experience across all major platforms.

VMware has also added new capabilities for Windows 10 device management. A major new Workspace ONE feature announced this week — cloud-based, peer-to-peer software distribution technology — will allow IT teams to install large applications to PCs across an enterprise at scale. The tool allows VMware to automatically push app updates to users via the cloud, Gant said, and will eliminate the need for branch offices to maintain servers just for provisioning apps on devices.

Additionally, Workspace ONE will now integrate application programming interfaces from Apple, Google and Microsoft to stay on top of the innovations they make to their platforms.

For IT teams, that will mean “much less baggage, infrastructure, people needed now to manage all of these devices,” Gant said. “You have a simple platform integrated across all of these OSs that can now do everything from management to security of those devices.” 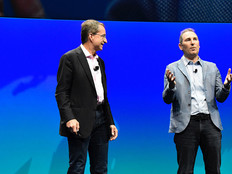 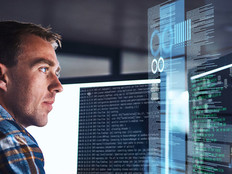 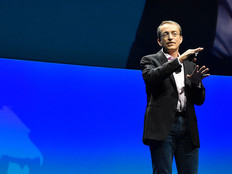