Every minute of unplanned downtime in the manufacturing world can cost about $20,000, according to Gartner and other industry studies. Earlier this spring, Mark Franks, director of global automation at General Motors, said the carmaker has connected about a quarter of its 30,000 factory robots to the internet using Cisco Systems’ data platform and “has avoided 100 potential failures of vehicle-assembling robots by analyzing data they sent to external servers in the cloud,” according to a Bloomberg report.

Bryan Tantzen, senior director of manufacturing and connected industries at Cisco, highlighted the $20,000 statistic during a roundtable with reporters this week at the Cisco Live 2017 conference in Las Vegas. “So imagine if you had an eight-hour outage.” That adds up to $9.6 million.

“If you can avoid a hundred of those, you’re talking about hundreds of millions of dollars of benefit by connecting,” Tantzen said.

Manufacturers are increasingly embracing the concept of Industry 4.0, Tantzen said, the next generation of manufacturing driven by rising data volumes, connectivity, computational power, analytics, artificial intelligence, augmented reality and advanced robotics. However, Tantzen argued that to achieve return on investment and take advantage of the data generated by the Internet of Things, manufacturers need new intelligent networks and platforms that let them normalize all the data.

The research Cisco has done, Tantzen said, has shown that by connecting these devices and robots in factories, companies can reduce downtime by 50 percent, cut energy use by 20 percent, and improve quality and reduce defects by 50 percent. “And we’re proving that,” he said. “If you can overcome the challenges, it’s a very clear value prop in that industry.”

To get real value from IoT, anyone running a smart city or factory needs to “leverage the power of data to deliver outcomes,” Tantzen said.

Earlier this week at the conference Cisco unveiled a new IoT operations platform, Kinetic, designed to normalize IoT data and then allow companies to analyze it and take business actions. Kinetic takes data not just from different network protocols like Wi-Fi, Ethernet, low-power wide-area network (LPWAN) and others, but also IoT gateway protocols like Profinet, Modbus and EtherNet/IP.

The platform also uses fog computing, allowing companies to analyze data at the network edge, close to their connected devices without having to route it back to a data center.

“In smart factories and Industry 4.0, the big value is moving down a layer right to the plant [floor] for connecting the robots, [Computer Numerical Control machines], as well as things like inventory moving through the plant, down at the lowest level,” Tantzen said. “These machines generally have not been connected because of security concerns and a lack of a data platform that can bridge the proprietary siloes.”

Cisco has “made dramatic progress but we still have a long way to go,” he added. The company worked with Japanese robot maker FANUC, a market leader, to develop an application called Zero Downtime, which eliminates unplanned downtime by connecting robots.

Two factories in different countries may be using the same equipment to make the same machine part, Tantzen said, but one is three times more productive, and they have no idea why. “By connecting these machines, you get not just a little bit of the data that they might get today, but now you can get the full rich data you need for predictive analytics and diagnostics and machine health,” he noted. “That becomes incredibly powerful.”

Using predictive analytics based on that kind of data, manufacturers can detect when a machine will fail and repair it or replace it before it does, eliminating the unplanned downtime and saving money.

Connected manufacturing needs to solve real problems around revenue generation and cost reduction for companies and not focus on issues that are five or 10 years out, Tantzen said.

Cisco is trying to do that with Kinetic by bridging IT platforms and operational technology, which Gartner notes, “is hardware and software that detects or causes a change through the direct monitoring and/or control of physical devices, processes and events in the enterprise.” Cisco supports industrial IoT gateway protocols like Profinet and CC-Link. “I think that’s very unique,” Tantzen said. “I don’t think any other major IT vendor can work in that lowest level in the plant like we can do.”

Combined with Cisco’s new intent-based networking, the vendor aims to help manufacturers cut costs and make networks easier to manage. Tantzen noted that today, if a network switch in a factory goes down, it may take 45 minutes to replace it at a high cost.

With a network that is automated, he said, “we can make an unskilled operator who knows nothing about IT, at 3 in the morning when something breaks, able to swap out a switch in two minutes. And so that automation, ease of use is very important.”

Security is also very key to manufacturers, Tantzen said. “These factories are increasingly terrified about the risk they are running, because these factories were built with security that is 20 years old,” he said. “And they are very unsecure. And they have security as a hard shell but nothing in the middle. And so, if they have an intrusion, you can do a lot of damage.”

The WannaCry ransomware attack in May took down the systems of several manufacturing plants, even though it wasn’t targeting manufacturing specifically, Tantzen noted.

Cisco’s Kinetic platform, he said, can “enable smart factories and connect all of these new devices, but also make it more secure and lower risk, both at the same time.”

Several weeks ago, Tantzen said he met in Detroit with a vice president of engineering who manages a large number of plants around the globe, has thousands of people working for him and decides what operational technology, networking, security, robotics and process automation equipment to use.

“It’s the kind of person that a year ago wouldn’t have even had a meeting with Cisco, to be honest,” Tantzen said. “When I met with him, he probably said five times, ‘I can’t get to Industry 4.0 without a new network, and security is keeping me up at night. I need a way to connect all of these things. I need a way to handle the new data volume that is going to be hitting my plant with all this new IoT data that is coming in.’ So, he’s realized that his first step toward Industry 4.0 is that network foundation.”

The manufacturing industry is changing, Tantzen said, and wants to embrace IoT. “They want to move from experimenting to doing it at scale,” he said. “And that’s very new in the last year.” 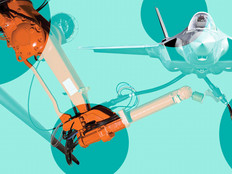 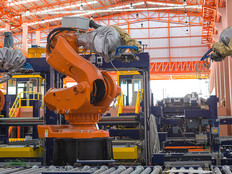 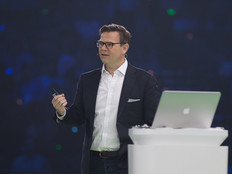