Cisco Systems is happy that billions of devices are being connected to the internet; after all, the vendor hopes to connect, route, manage and secure them. However, businesses are awash in more data than ever, and cannot derive value from all of the gadgets that are part of the Internet of Things without first getting access to data from the numerous devices they have on their networks.

According to Gartner, there will be 8.4 billion connected devices in use in 2017, and 3.1 billion will be used by businesses. This week at the Cisco Live 2017 conference in Las Vegas, Cisco made two announcements that it hopes will give businesses greater visibility and control over IoT data so that they can glean insights from it and take business actions as a result.

The first is a new IoT operations platform called Cisco Kinetic, which is designed to help companies harvest data from their devices and then route it through various clouds or data centers. The second is an update to the Cisco Jasper Control Center, designed to facilitate the deployment of IoT devices on cellular networks. Taken together, they represent Cisco’s attempt to make it easier to not just connect devices, but also let businesses retrieve and analyze the data they generate.

Rowan Trollope, senior vice president and general manager of Cisco’s IoT and Applications unit, noted during a keynote on Tuesday at the conference that Kinetic is “a platform for getting data off of your devices.” It is focused on data delivery, connection management and fog computing, the last of which enables analytics and other functions to be performed right at the network edge.

In line with Cisco’s vision of intent-based networking, Trollope said Cisco’s goal is for networks to collect data, allow companies to derive insight and take action automatically. That can then lead to what Trollope described as “intent-based infrastructure.”

Cisco Kinetic runs on the company’s new Catalyst 9000-series programmable switches as well as its existing ruggedized switching portfolio. There are trillions of terabytes of data locked away on devices, and Kinetic is designed to get at it and deliver it to companies.

“Whether it’s from the application all the way up to the customer, through the network, down into the data center, or all the way out to the [connected] thing, this whole model has one purpose, which is to gather data and power this model,” he said.

Bryan Tantzen, senior director of manufacturing and connected industries at Cisco, said that Kinetic brings new capabilities for data delivery and how companies normalize the IoT data on their network.

“With Jasper Control Center, you are managing the cellular connection,” he said. “Now you can actually manage the IoT data flow in a factory, or a city or in a transportation domain across a much bigger wealth of different devices.”

“How do you connect across, not just all of the different network types, but all of the different protocols and then normalize the data, so that you can then get it in a way that the data can be consumed?” Tantzen asked. “That is the No. 1 IoT problem we’re seeing, is breaking these data siloes — and security is a close second. So how do you do that in a very secure way?”

Jahangir Mohammed, general manager of Cisco IoT, said during a press conference following Trollope’s keynote that Cisco is focused on business outcomes: How IoT can improve revenue and cut operational expenses. Those outcomes are driven by data.

Mohammed gave a simple IoT example: A parking garage has sensors in parking spots that detect when a car is present, and the sensors can send a signal to a light outside the garage that turns red when the lot is full but otherwise stays green. That delivers a better experience for customers and also leads to more revenue for the garage because it will attract customers until the lot is full.

“Thousands of such business outcomes are possible for customers in various industries,” he said. “Customers are saying, ‘I have all of this connected but give me control of my data.’”

Kinetic allows companies to harvest the data from various places — connected things, data warehouses and applications — and then make the data visible to employees and have it routed through a public cloud, private cloud or data center, Mohammed said.

Cisco Jasper has been partnering with 50 service providers to help its customer base, which has grown from 3,500 to 11,000 enterprises in the past year alone, according to Cisco. Macario Namie, head of IoT strategy at Cisco, noted that the platform now manages 43 million devices and is adding 1.5 million more per month.

Cisco is also offering premium services, including Threat Protection & Smart Security, which offers an IoT-specific solution to protect against malware and other cybersecurity threats, and is built on Cisco Umbrella. 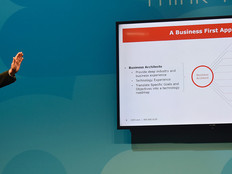 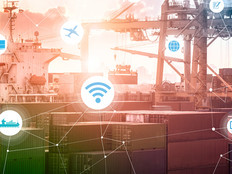 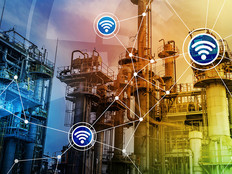