Small and medium-sized businesses have an equal seat at the table alongside larger enterprises in the minds of Dell Technologies executives. In some respects, they say, they’re even better at adopting new technology than their larger counterparts.

Speaking at the Dell EMC World conference in Las Vegas this week, Dell executives acknowledged that SMBs, and small businesses in particular, face challenges when updating their IT systems due to fewer resources and lack of personnel. However, they argue that Dell’s new flexible cloud-like pricing for IT purchasing and consumption will make it easier for small businesses to adopt new technologies. And, they say, SMBs are often more nimble than enterprises in general.

Speaking to reporters and analysts after the opening keynote on Monday, Dell EMC President David Goulden said that “we do very much view the portfolio as not just being for the big enterprises, but scaling down.” He acknowledged that “not every aspect of the portfolio scales down to a small or medium business,” and that the company would generally not spend a lot of time talking to an SMB customer about its VMAX All Flash storage system designed for enterprises, for example.

However, Goulden noted that Dell EMC has about 40,000 sales and sales support personnel worldwide, and that the SMB portion of that salesforce is slightly bigger. “We’ve absolutely got a very strong focus [on] small and medium-sized business,” he said.

Dell EMC finds that SMBs have some advantages, Goulden said. “Typically, they haven’t got 25 years of legacy [equipment] in their data center,” he said. “They can transition more quickly.

SMBs have “also embraced the public cloud,” Goulden said, adding that Dell EMC finds that “some of our small and medium business customers are moving faster than some of our enterprises.”

Erik Day, vice president and general manager of North American Small Business for Dell, said that since Dell’s merger last fall with EMC, the two companies have learned from each other about how to sell solutions. Dell’s heritage had been in the SMB market while EMC typically targeted enterprises customers.

Day said that Dell is, in his opinion, the only true “omnichannel partner to SMBs,” meaning that Dell has a “massive direct” sales engine but, “especially now, with the addition of CDW as a partner, we have a massive channel engine.” If Dell cannot provide the right solution for a growing small business directly, he said, a channel partner like CDW can.

“We tailor the solution based on the services we provide that can support that business,” Day said. “If they have a smaller IT staff, we ensure they have the right services,” such as Dell Pro Support.

Hyperconvergence and Cloud-Like Pricing for SMBs

One of the solutions Dell wants to introduce to the SMB market is its new VxRail hyperconverged infrastructure appliance. Goulden said the entry-level price point of $25,000 is in reach for many SMBs. However, Dell wants to make it easier for SMBs to adopt hypconverged solutions, which combine computing, storage, networking and virtualization capabilities, all preintegrated and controlled by a single management layer.

The company acknowledged that SMBs face barriers that include upfront costs and perceived risk of a new IT operating model.

Dell’s new Cloud Flex for HCI pricing via Dell Financial Services (DFS) offers small businesses a cloud-like consumption model for hyperconverged infrastructure. The plan is being pitched as a flexible financing solution that eliminates upfront capital costs with declining payments over time. There is no obligation after the first year and the plan allows customers to return any or all HCI appliances. Cloud Flex for HCI is available immediately with Dell EMC VxRail appliances and Dell EMC XC Series, and has planned availability in summer 2017 for Dell EMC VxRack Systems.

Day’s group, Goulden’s group and a group led by Allison Dew, senior vice president of end user computer marketing at Dell, are working together to figure out how to better market products like VxRail to SMB customers.

The legacy EMC business is marketed heavily to enterprises, and Day said that scaling down marketing pitches and tailoring them to the needs of small businesses is not what these teams are used to. “It’s not what their DNA is set up to do,” he said. However, the teams plan to work even more closely together and Day said there are “some really cool things we will be able to do.”

The Cloud Flex model is something that will be targeted at the SMB market, Day said, adding that the model is already being employed for cloud bundles.

Where are small businesses investing in technology? Day said the answer is dependent on what part of its IT transformation journey the business is on. Newer companies with younger employees are more likely to be comfortable with the cloud and do not have as much legacy IT infrastructure, he said. Some SMBs are still buying Windows 7 devices because of proprietary software or services they have.

Ultimately, small businesses want speed and security from IT, Day said. They typically do not have a lot of IT staff and require technology that just works. “The more they can have things be managed more seamlessly, the more time they have to work with customers and make more money,” he said. Small businesses are also focused on the security of their customer data and intellectual property.

“As long as those two things are going to be taken care of,” he said, “I think that is going to continue to ultimately run their investment decisions.” 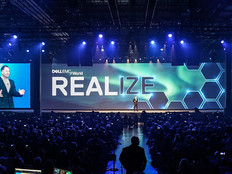 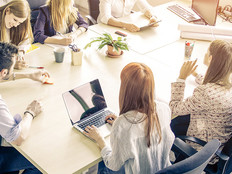