Microsoft’s Windows Server 2016 has been generally available since October, but your business may still be wondering whether to upgrade to the new platform.

What are the new features in Windows Server 2016 that might entice you to switch? And what do you need to know before doing so?

“As a cloud-ready OS, Windows Server 2016 inherently enables hybrid cloud,” Mark Jewett, Microsoft’s senior director of product marketing for its cloud platform, wrote last fall. “It was forged in our own Azure datacenters, learning from the rigorous requirements of a global, public cloud, and includes software-defined capabilities that are fundamental to fast-paced cloud innovation.”

Windows Server 2016 also offers companies “seamless portability across datacenter, private and public cloud environments via virtual machines, and new container formats that can be reliably deployed wherever the business requires,” Jewett wrote. Microsoft is also allowing Windows Server 2016 VMs to be run in Azure at a discounted rate.

Microsoft is positioning Windows Server 2016 as a highly versatile platform for enabling hybrid cloud, storage and much more. As Ars Technica reported:

It went from being an also-ran in the movement from on-premises servers to an increasingly virtualized, cloud-based enterprise to being integral to business cloud computing itself. With four different versions (Essentials, Hyper-V Server, Standard, and Datacenter), three different deployment schemes (‘Desktop experience,’ Core, and Nano), and an ever-expanding collection of optional features, Server 2016 wants to be everything for everyone. It’s a heavyweight virtualization hypervisor! It’s a lithe cloud application container! It’s a high performance storage platform! It’s a hardened security platform!

So what features are new in Windows Server 2016? As CIO details, the Standard and Data Center versions both get support for Windows Containers, which “provide operating system-level virtualization that allows for multiple isolated applications to be run on a single system,” according to Webopedia. Both versions also support Microsoft’s Nano Server, a “remotely administered server operating system optimized for private clouds and data centers,” as Microsoft explains. Nano Servers are “an operating system of types that hosts cloud-based applications and allows you to install only the components of the server that you require without anything else,” according to CIO.

There are a bevy of other new features in Windows Server 2016. In terms of security, organizations will now have a greater ability to secure Active Directory environments and migrate to cloud-only deployments and hybrid deployments, where some applications and services are hosted in the cloud and others are hosted on-premises.

Windows Server 2016 also enables software-defined networking and lets companies “mirror and route traffic to new or existing virtual appliances. Together with a distributed firewall and network security groups, this enables you to dynamically segment and secure workloads in a manner similar to Azure. Second, you can deploy and manage the entire SDN stack using System Center Virtual Machine Manager.”

Users can also “use Docker to manage Windows Server container networking, and associate SDN policies not only with virtual machines but containers as well.”

The Just Enough Administration (JEA) feature in Windows Server 2016 is a new security technology that the company says enables “delegated administration for anything that can be managed with Windows PowerShell. Capabilities include support for running under a network identity, connecting over PowerShell Direct, securely copying files to or from JEA endpoints, and configuring the PowerShell console to launch in a JEA context by default.”

Windows Server 2016 provides a new Hyper-V–based Shielded Virtual Machine to protect any Generation 2 virtual machine from a compromised fabric, according to Microsoft.

How to Get Windows Server 2016

Customers who download the full Windows Server 2016 image will need to choose an edition and an installation option. The Datacenter edition is the most complete one and includes the new data center-specific features (Shielded Virtual Machines, Storage Spaces Direct, Storage Replica, and Software-Defined Networking) in addition to unlimited server virtualization.

There are three installation options. The recommended option is Server Core, a smaller installation that includes the core components of Windows Server and supports all server roles but does not include a local graphical user interface (GUI). It is used for “headless” deployments which are managed remotely via PowerShell or other server management tools.

The Server with Desktop Experience option is the complete installation and includes a full GUI for customers who prefer this option.

And, as explained, Nano Server is a remotely managed option similar to Server Core but significantly smaller. Microsoft states that it begins with a bare minimum package, to which you add only the roles or features that users need to customize the image. 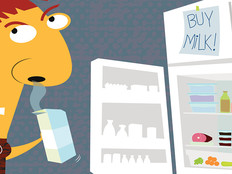 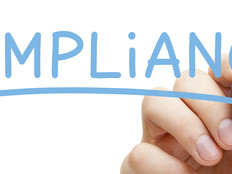 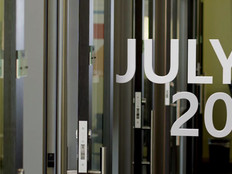