Blockchain is going mainstream. Seemingly every day, major companies are embracing and championing the financial technology.

The underlying technology behind bitcoin, Blockchain is a decentralized database that consists of “blocks” or containers that contain time-stamped and valid transactions and are linked to previous blocks in a data chain.

Blockchain is a digitized and automated technology that is considered tamper-proof, since anyone can verify that a transaction has been made (a user’s signature is attached). Only the user, though, can unlock the container to get access to the data. Blockchain allows all parties to a transaction to keep track of it via a secure network, with no need for third-party verification, Reuters notes.

Microsoft and Bank of America Merrill Lynch plan to “build and test technology, create frameworks, and establish best practices for blockchain-powered exchanges between businesses and their customers and banks.” Microsoft also plans to use its Azure cloud platform to test the technology.

“With blockchain, processes can be digitized and automated, transaction settlement times shortened, and business logic applied to related data, creating a host of potential benefits for businesses and financial institutions, including more predictable working capital, reduced counterparty risk, improved operational efficiency, and enhanced audit transparency, among other benefits,” Microsoft said in a statement this week.

Blockchain can increase the efficiency of financial transactions but requires network technology and security to make it possible. Take a look at the infographic below for more on the benefits of blockchain.

CDW Financial Services can orchestrate the IT solutions you need to support your blockchain innovation. For more, visit CDW.com/financial-solutions. 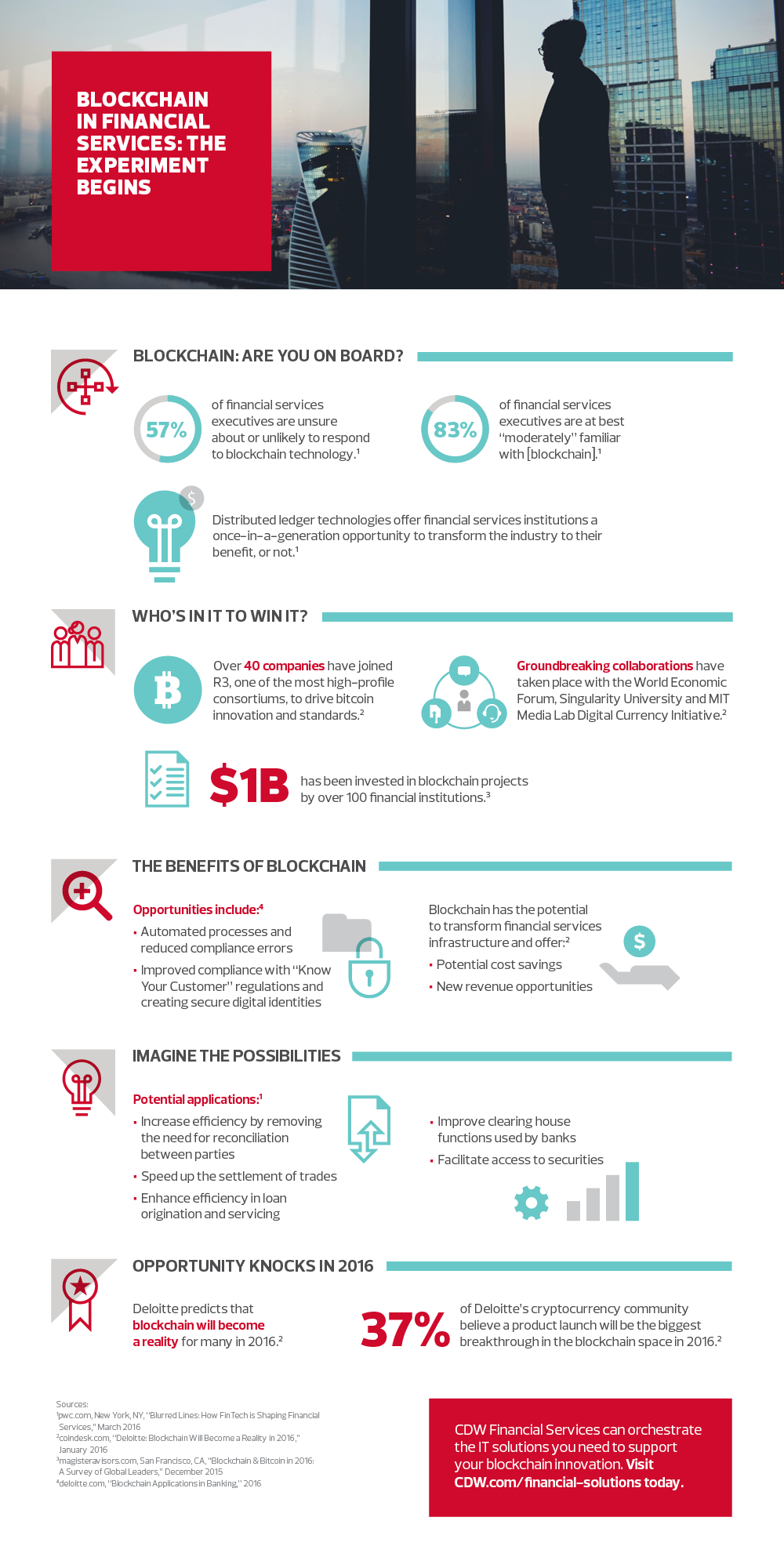 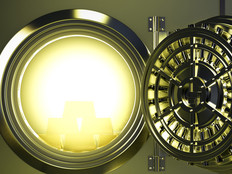 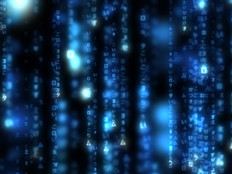