Darren Schoen of the Broward Center for the Performing Arts, seen here, says that the new Spiceworks tools will give small business IT staff more time.

Darren Schoen knows a thing or two about managing complex IT projects with a small staff. Schoen, the director of technology infrastructure for the Broward Center for the Performing Arts in Ft. Lauderdale, Fla., has been with the quasi-governmental organization for a decade. He has a staff of three other IT pros to manage technology for an organization with at least 150 users, all supporting a campus of theaters that present more than 700 performances each year to more than 700,000 patrons.

So Schoen can appreciate tools that free up IT staff members’ time and mental energy. That’s why Schoen praised Spiceworks’ announcement of new cloud-based tools to simplify IT tasks, especially around network management. Schoen is also a “SpiceHead” — an active user in the Spiceworks online IT community — and has also been a “SpiceTrainer,” traveling around the U.S. to educate users on Spiceworks’ tools.

Speaking to BizTech at the SpiceWorld 2016 IT Conference in Austin, Texas, Schoen said he appreciates the route Spiceworks is taking with the introduction of the new apps. “It definitely fills a need in the SMB market,” he says.

Schoen says the Broward Center cannot fully take advantage of the cloud because of the need to keep most of its data on-premises to maintain Payment Card Industry Data Security Standard compliance. However, he says the tools are great for organizations that have “a bit more freedom to leverage” the cloud.

During the opening keynote of the conference on Wednesday, Spiceworks unveiled numerous free, purpose-built applications for IT pros to inventory network assets, investigate connectivity issues, and spot internet outages.

Schoen says the more that small to medium-sized businesses (especially those with small IT staffs) can automate tasks and access IT management capabilities from anywhere on any device, the better off they will be.

“Being able to streamline into one interface and being able to access all of that information is a real boon for those guys whose networks are not quite as stringently controlled as mine is,” he says.

“If you can either cut out a four-minute task that you do 30 times a week, that’s two hours,” Schoen notes. “Who wouldn’t want an additional two hours a week?”

Often at SMBs, IT staff members are extremely busy, managing networks, security, IT hardware and troubleshooting users’ problems. Many SMBs, Schoen notes, have gotten used to one or two people doing a little bit of everything as the normal way to do business.

In the past, Spiceworks has given IT pros a single, locally-installed IT management application they can use to inventory network assets, manage their help desk environment, and troubleshoot network issues. The new cloud-based tools can be accessed anywhere and anytime.

Schoen says the ability for IT pros to pick and choose which Spiceworks apps to use, depending upon their IT environment and requirements, is “really beneficial.” The tools are made to work together, he notes. Moreover, such a model will likely deliver strong returns on investment.

“Over the long run it will save IT pros time, and therefore, save the organization money,” he says.

Searching for a Disaster Recovery Vendor

Schoen notes that the Broward Center, which has a 2,800-seat theater, a 600-seat theater and many other performance venues, requires a great deal of IT infrastructure.

For example, the center’s ticketing system, including mobile ticket readers, requires extensive wired and wireless networks, and Schoen says the center has deployed about 70 Cisco Meraki wireless access points on a “pretty small” campus. When the campus was designed 25 years ago it was not designed to be friendly to wireless signals; it contains a great deal of concrete and glass that has necessitated numerous access points.

The Center requires a great deal of data storage for its marketing department, Schoen says, and is looking to implement distance learning and a streaming video program with the Broward County Public Schools.

The Center underwent a major IT upgrade about three years ago, Schoen says, and rewired the whole campus. It also built a brand new data center.

Schoen says he inherited a server room that was built below the water line — not a safe space for a facility in a hurricane-prone region. So the Broward Center constructed a purpose-built data center for all of its infrastructure, with new electrical and cooling systems as well as an Uninterrupted Power Systems setup. The Center replaced all of its server racks and switches and has recently refreshed its server environment, Schoen says.

Now, the Broward Center is looking to deploy a disaster recovery solution and is using SpiceWorld to vet vendors, Schoen says. The center wants to move from a local system to a two-tiered system, with cloud backup as one of the pillars.

Schoen started using Spiceworks 10 years ago to manage his help desk when he was working more as a systems administrator. He then steadily leveraged the Spiceworks community to help him with IT issues.

“That is really massive and, I would say, the best IT knowledge base and place for answers in the IT community on the internet,” he says. “It has been for many years. I can’t see that changing anytime soon.”

Schoen says his IT staff members know to check Spiceworks to get answers to their tech questions, and his current sysadmin has used the Spiceworks community for research on the disaster recovery solution.

Broward Center for the Performing Arts/Facebook 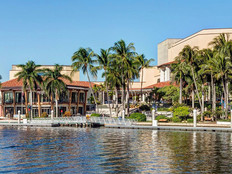 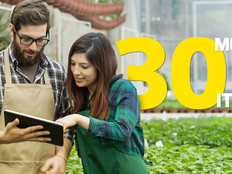