Facebook doesn't want to just be for sharing photos and memes at the office — the social network now wants to be an enterprise collaboration tool.

Earlier this week Facebook unveiled Workplace (formerly known as Facebook at Work), a chat and collaboration service that will cost $1 to $3 per month per user.

Wired notes that "Facebook charges $3 a head for a business’s first thousand monthly active users, $2 each for 1,001 to 10,000 users, and just $1 each for over 10,000 users." Slack costs $6.67 or $12.50 per month per user for its paid plans. Facebook said Workplace will be free for non-profits and educational institutions.

"We’ve brought the best of Facebook to the workplace — whether it’s basic infrastructure such as News Feed, or the ability to create and share in Groups or via chat, or useful features such as Live, Reactions, Search and Trending posts," Facebook said in its announcement of Workplace. "This means you can chat with a colleague across the world in real time, host a virtual brainstorm in a Group, or follow along with your CEO’s presentation on Facebook Live."

Facebook is also introducing "Multi-Company Groups, shared spaces that allow employees from different organizations to work together, to extend collaboration beyond your company in a safe and secure way." The company said will be rolling that feature out to all customers in the coming weeks.

Facebook is aiming to leverage the fact that roughly one in four people on the planet use its social network already to connect to friends and colleagues. That could make it a potent competitor to existing collaboration tools like Cisco Systems' Spark, Microsoft's Yammer, Slack, Jive and others.

“It’s a symbolic moment for enterprise software generally,” Aaron Levie, CEO of Box, which is partnering with Facebook on the new service, told Wired. “This represents a new era of enterprise software where software is much more consumer-oriented—where tools we use in our personal lives bleed into the workplace, and we can much more rapidly adopt them and use them to be more productive.”

Wired notes that tools like Google’s Gmail and Slack have worked their way into offices through employees' smartphones, and that Facebook is trying to catch up.  “Facebook has already trained close to 2 billion people in how to use their product,” he says.

Disruptive Analysis analyst Dean Bubley said in a blog post that Facebook is making "a big pitch for non-desk workers such as those in restaurants, on ships or industrial facilities (who are mostly likely to be mobile-first/mobile only, and which are often well outside the traditional" unified communications or unified communications as a service universe. 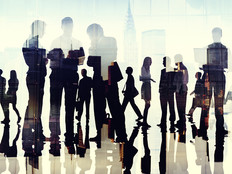 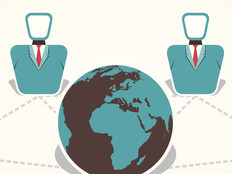