Cisco Systems believes that business messaging will be the next major tool that transforms how work gets done, following phone calls and email. The vendor thinks that its Spark messaging and collaboration platform is the best solution going forward, but both small-to-medium-sized businesses and larger enterprises are taking advantage of a variety of other offerings.

The root of the difference between consumer-focused mobile messaging applications that started appearing in 2010-11 (Facebook, Messenger, WeChat and WhatsApp) and business messaging can, Rosenberg said, be summed up in one word: persistence. In business messaging apps, messages are persistent, saved in the cloud and accessible from any device at any time, whether that’s a mobile device or notebook.

Yet group messaging is at the heart of business collaboration. “If you want to actually get real work done, solve the problem, you’re going to involve more than one person,” Rosenberg said.

Business messaging enables companies to create message groups around specific projects, work tasks and teams. Instant messaging is focused on buddy lists and getting the attention of one person for a short conversation, he said.

“We’re making a bet that business messaging is going to be the foundation for the next go-to tool in the office,” he said.

According to research firm Gartner, by 2018, 50 percent of team coordination and communication will occur via mobile group collaboration apps. “We bet the Cisco collaboration business — roll the dice here in Vegas — that this is going to be the next big thing,” Rosenberg said.

Rosenberg credited business messaging platform Slack, which announced in May that it has 3 million daily active users, with getting many things right in terms of messaging and finding a popular following. He also praised weChat for its ability to act as substitute for the web and let users purchase plane tickets and send money right from the app.

Yet Rosenberg also spent a great deal of time extolling the virtues of Spark. “Business messaging is not enough. You need calls and real-life face-to-face meetings to get work done,” he said.

Spark has “rooms” that can be set up for teams to discuss specific topics or tasks, and enables users to have real meetings in those rooms, with voice and video. Spark also lets users dial into the meeting using Cisco phones and conferencing gear, and allows users to have one continuous chat before, during and after a meeting. A call in Spark also launches a 1:1 meeting that lets users share their screen and do seamless handoffs between Wi-Fi and 4G LTE networks. Rosenberg said Cisco has 215 million combined users of its WebEx, Jabber and unified communication products that it will try and bring to Spark.

Currently, Rosenberg said, Cisco sees Spark gaining traction with SMBs and lines of business within larger enterprises, such as a team of 20 inside an organization with tens of thousands of employees.

“The challenge is, how do you scale that enterprise-wide?” Rosenberg said. “How does that work as you scale it up? If you want a tool for all of your employees to use, where all of them can work together, you actually find you have to rethink the whole team construct.”

Fortunately, he said, Spark is a technology “where it’s much easier to have it for enterprises and go down, than it is to have something for small business and go up. And so I can just have one team, and I can only have 10 people that I work with in a tool that supports 10,000. So we’re already seeing that.” 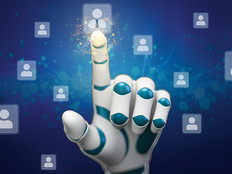 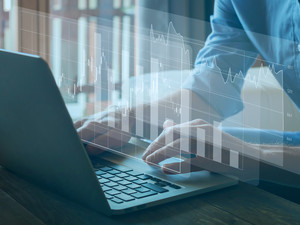