Last week, Microsoft celebrated the one-year anniversary of the release of its Windows 10 platform, and since then, 38 percent of organizations around the world have adopted the operating system, according to a survey released by Spiceworks, a professional network for IT workers.

In a statement, Spiceworks said that the figure is in line with the 40 percent adoption rate IT professionals predicted in June 2015. The adoption rates were highest in North America (39 percent), in companies with more than 250 employees (51 percent), and in the software, manufacturing, and construction industries, the "Windows 10 Adoption: Sprinting out of the Gate" survey found.

Most firms that have moved to Windows 10 are happy with the results, with 85 percent of companies that have made the switch saying they are generally satisfied with the platform, and 51 percent saying they are very or extremely satisfied. Spiceworks notes, though, that when IT professionals were asked which operating system their end users are most satisfied with, Windows 7 is preferred by a whopping 69 percent, whereas Windows 10 is favored by only 17 percent.

New Features Are a Big Draw

Why are organizations moving to Windows 10? According to the survey, a majority of respondents (66 percent) were motivated by the free upgrade was the biggest driver. Microsoft stopped this promotion on July 29, so new users now must pay $119 for Windows 10 Home or $199 for Professional.

Meanwhile, 49 percent said they made the switch for the higher performance of the new version; 48 percent, because older operating systems were reaching the end of their life; and 43 percent, for the new features and functionality.

The return of the start menu, improved security, a faster update cycle and closer integration with cloud services like OneDrive were among the top features that pushed organizations to switch to Windows 10, according to the survey.

On Aug. 2 Microsoft will release its Anniversary Update for Windows 10, which will provide enhancements such as Windows Ink. As The Verge reports: Ink is “essentially a central location to find built-in or third-party apps that work with your stylus. You can use the new sticky notes to note down reminders, and they’ll even transform into true reminders as Cortana understands what you write.” (Cortana is Microsoft’s digital personal assistant and is a core element of Windows 10.)

Microsoft is also adding extensions to its Edge web browser, as well as enhancements to Cortana that enable users to do activities such as make a note, play music and set reminders, right from the device’s lock screen. What's more, consumers will have the ability to sync smartphone notification apps to a PC.

“We’re rolling out Windows 10 on our new devices and upgrading a majority of our existing devices, and the biggest benefit so far has been the overall speed and performance of the OS,” Joe Kinne, IT manager at Prime Electric, said in the Spiceworks media announcement. “At first, our end users were reluctant to give up a system they already know and like, but they quickly caught on and adapted really well once they began to try the new features and realize the improvements.”

While adoption rates seem to be in line with expectations, Spiceworks notes that many IT professionals had to deal with several issues while making the upgrade.

According to the survey, 56 percent of respondents faced hardware and software compatibility issues, and 45 percent were frustrated by the time required for the upgrade process. Another 37 percent cited the lack of control over Windows updates as the greatest challenge, and 32 percent cited bugs in early releases of Windows 10.

In 2015, Microsoft said it would bring Windows 10 to 1 billion devices within two to three years, but the software behemoth disclosed last month that it will not meet that goal because of massive cuts to its Windows smartphone business.

As Bloomberg Technology reports: “The company is still committed to the 1 billion goal, but it will take longer to achieve,” Yusuf Mehdi, [corporate vice president of Microsoft’s Windows and Devices Group], said in a statement.” 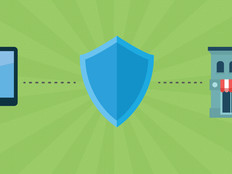 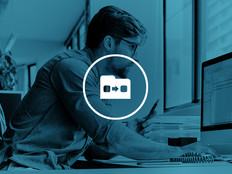 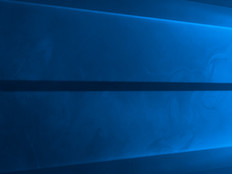