Cisco Systems is going to let companies bring their network security policies for numerous devices and locations into the cloud so they can be rationalized and strengthened. The networking vendor also is going to leverage machine learning techniques and software to update network infrastructure and improve security.

During a keynote presentation in Las Vegas at the Cisco Live 2016 conference, Cisco CEO Chuck Robbins said security will remain a key focus for the company. He also said that business units that are spending money on IT need to be aligned with the technology vendors they are partnering with, and that companies must continue to move fast and be agile.

Yet some of the key announcements that came out of the keynote at the conference were focused on security. David Goeckeler, Cisco’s senior vice president and general manager of its networking and security business, came on stage to discuss Cisco Defense Orchestrator with Robbins. The CDO is a cloud-based management application that lets users easily and effectively manage a large security infrastructure and policies in distributed locations across thousands of devices through a simple cloud-based console.

Essentially, a cloud-based protocol connects to all of a company’s on-premises security infrastructure and pulls security policies into the cloud, and then rationalizes them and streamlines them. Goeckeler said that it is “one tool to manage security policy for all devices.”

The CDO also cuts through complexity to manage security policies across Cisco security products, from ASA and ASAv firewalls to Cisco Firepower next-generation firewalls and OpenDNS.

Robbins said the CDO will ensure that companies’ security policies are deployed the way they are supposed to be.

In a press conference after the keynote, Goeckeler said the CDO is fundamentally about helping customers manage security from the cloud, and using the ubiquity of the cloud to manage a lot of on-premises devices, making things simpler as a result. CDO also manages policy and Cisco OpenDNS, which runs on a Software as a Service (SaaS) model.

Cisco is also thinking about security for the cloud, Goeckeler said, and providing security for applications that run in the cloud, whether through a private data center or public cloud.

Cisco said in a statement that Stealthwatch — the product of an internal research and development effort that brought together mathematicians and network engineers — allows businesses “to detect and track anomalies in network traffic, analyze suspicious network activity, and identify malicious traffic.”

Goeckeler said during the keynote that Stealthwatch integrates machine learning with networking and delivers a software upgrade to a business’s routers at its branch locations. “All branch routers work with each other to understand where anomalies are in your network and surface things that shouldn’t be there,” he said.

A Vision Focused on Collaboration and Partnerships

During the keynote, Robbins sketched out a vision for Cisco in which the company will connect everything, from sensors in smart cities to vehicles. He said that at the heart of this is a network that can provide analytics, feed back information to connected devices, automate infrastructure and provide security.

Yet Robbins also said that one key element of Cisco’s vision will continue to be collaboration via tools like its Spark collaboration and messaging application. “If we’re going to get things connected, then perhaps we should make sure first that people are connected,” Robbins said, adding that collaboration will be at the core of smart cities and services.

Robbins also talked up Cisco’s partnership with Ericsson to resell each other’s network products and services, as well a similar teaming with China’s Inspur. However, it was Cisco’s relationship with Apple on which Robbins spent the most time, and he was joined, at least via a prereorded video, by Apple CEO Tim Cook in addressing their partnership.

The companies announced in September 2015 that they would collaborate to optimize Cisco’s networking gear for iOS enterprise users, and deliver experiences specially optimized for iOS across mobile, cloud, and premises-based collaboration tools. Those include Cisco Spark, Cisco Telepresence and Cisco WebEx for video conferencing.

Most interestingly, the companies have also been working to establish what they both call a "fast lane" for iOS devices on Cisco's networking gear. Apple and Cisco have partnered to prioritize wireless and wired Internet connections so that critical business applications get top priority and aren’t compromised by nonwork traffic, such as random YouTube videos. Cook also said that Apple has worked to integrate Spark with the iPhone and make it easier to make and receive voice and video calls over IP.

“Together with Cisco, we believe we can take the work experience to the next level,” Cook said.

Robbins closed his keynote by remarking that businesses drive the use of technology, whether that’s retailers or manufacturers. “Understanding how the technology applies in your specific environment will monumentally change the value you provide to your organization,” he said. Robbins said his role at Cisco is to “drive more innovation, faster than any time you have seen in the history of this company.” 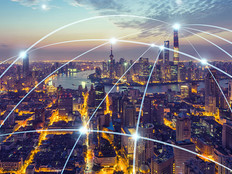 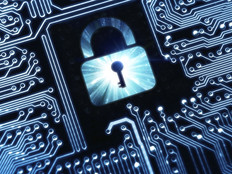