The Surface Pro 4 is a rare tablet, able to shift gracefully from a full-featured desktop computer for the office worker to a reliable portable for the road warrior.

The Pro 4 achieves this without greatly changing its form factor from the Pro 3 model, meaning most peripherals purchased for the Pro 3 will continue to serve the new core system. That could save a lot of money.

Most Surface Pro 4s come with either an Intel i5 or i7 chipset. My test unit had a 2.4-gigahertz i5, and nothing I threw at it slowed it down.

Photoshop documents, complex spreadsheets and even a CAD drawing all opened in just seconds, at speeds one might expect from a desktop computer. With an optional keyboard attached via a magnetic clip, the newest Surface Pro functions almost completely as a desktop, running a full version of Windows 10.

Despite the increase in power, the new Surface Pro manages to improve functionality when used as a tablet, including superlong battery life to get though an eight-hour-plus workday.

A stylus pen is included, adding even greater functionality. The stylus’s precision on the touch-sensitive screen allows for sketching complex diagrams to share with other Surface Pro users, as well as serious note-taking during meetings.

Microsoft also upgraded the cameras. The user-facing camera is now a 5-megapixel model with a wide-angle lens — perfect for video conferencing.

The 8MP rear camera can capture detailed images with ease. A third camera hidden in the bezel increases security. The infrared model is part of the Windows Hello secure login program. Authorized users can introduce themselves to their tablet, and thereafter it will look for them, logging them in when it recognizes their face, or closing down when they do something like take a lunch break without logging off. In addition, because it’s infrared, it even works in dim and nearly dark environments.

Taken as a whole, the upgraded features and power of the Surface Pro 4 should help it fit into any business environment, from cutting-edge startups to more established firms.

When new users first start up their Surface Pro 4, one thing they might notice is the lack of any traditional third-party anti-virus program. Although third-party security apps can be added later, you might not need to do so, given the Pro 4’s use of Windows Defender.

Defender is now a full-fledged anti-virus and anti-malware program, completely integrated into the Microsoft Windows 10 operating system. On the Surface Pro 4, users may not even know the program exists. It runs all of its scans when it learns that a user is not traditionally active, which was around 3 a.m. for our test unit, and updates malware and virus definitions quietly without notifications. This mirrors how general Windows updates work now, simply keeping the system up to date all the time.

Users can launch Defender and take control of the program directly if they so desire. When we did that with our test unit, we found that it had already downloaded the latest updates and required a restart. The restart was scheduled for 4 a.m. that morning, a time when the system knew we would probably be away. Defender offered the option of triggering the reboot immediately or letting the system follow the schedule. Likewise, users can trigger full scans of their system at will, once the main interface is loaded, or they can sit back and let Defender handle the details.

On Alert, All the Time

Defender offers real-time protection constantly and can step in to halt unwanted or dangerous activity. We tested this by visiting some known compromised sites, and Defender blocked nefarious downloads every time.

By default, Defender sends security data and information about malware it encounters back to a Security Operations Center that Microsoft built late last year and constantly monitors. In effect, this provides Microsoft with what is probably one of the largest networks of malware sensors in the world. New virus strains or other threats that any Windows 10 device encounters are shared with Microsoft so that patches, if needed, can be quickly pushed out to everyone protected by Defender. We crafted some viruses using a toolkit but couldn’t sneak anything past the protection on our test unit.

Companies can still install third-party anti-virus protection if they want. We added programs from Norton, McAfee, Trend Micro and AVG Technologies to our test unit at different times, and all ran fine in conjunction with Defender. Heavily regulated industries that require two forms of anti-virus protection can count Defender as one and add a second for compliance. Or, companies can just use the free Defender program and reduce endpoint protection expenses if they feel comfortable doing that. From what we saw, Defender is every bit as good as most other forms of virus protection available today. 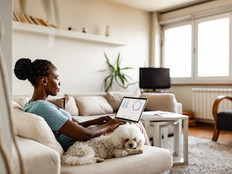