We’re on the edge of a precipice in the enterprise technology industry, and most people don’t even realize it.

The problem? The technology developments driving some of the greatest advancements in business — things like Software as a Service (SaaS), virtualization, and data analytics — come with costs.

Not just monetary costs, but also complexity costs. Many of the tools used to create these capabilities in both local and offsite data centers (or private and public clouds) are now so specialized and so complex, it’s getting harder and harder to find people with the skills necessary to run or manage them, particularly in small and medium-sized businesses.

It’s not just the individual tools. It’s the fact that most IT operations now consist of numerous complex tools that are tied together in even more complex webs of connection.

Understanding the Cost of IT Complexity

In theory, there are tools to help solve these problems. However, unless business owners decide to throw out every relevant system already in use and start from scratch, they’ll likely have to deal with this complex web of connections. Instead, many companies end up outsourcing these kinds of projects, or at least a portion of them, to dedicated consulting firms or the services arms of tech hardware and software vendors.

It should come as no surprise that many new IT projects in this kind of environment move at a very slow pace because of the enormous range of potential issues that have to be accounted for and tested . Because of this slow movement, we’ve started to see many line-of-business managers in organizations of all sizes take issues into their own hands and both fund and bootstrap solutions of their own. This creates the dreaded shadow IT.

Lurking Concerns About Shadow IT

In fact, in a TECHnalysis survey of 319 U.S. IT professionals, 87 percent said they make efforts within their organization to help minimize shadow IT.

Shadow IT is essentially defined as skunkworks projects that provide some of the services or capabilities that IT traditionally offers, but that are done without the direct permission — or in some cases, even the knowledge — of the IT department. For example, a shadow IT project may leverage a cloud-based service to put together a simplified version of a mobile application that delivers, say, only 80 percent of the functionality, but in less time.

How is this happening? Well, ironically, in a world where the previously described complexity has become the norm, a number of large, established players as well as nimble startups have created intriguing solutions dedicated to solving some real-world problems.

Companies like HP, Dell, Lenovo, VMware and Citrix, as well as Pivot3, Nutanix, NetApp and others are creating data center appliances and cloud-based services of various types that launch relatively sophisticated end users, without the help of IT. The result is that non-IT portions of the business start to enable their own IT solutions.

Not surprisingly, many in the IT world are horrified at the mere thought of this. Think of the potential security, privacy, regulatory and other issues that could conceivably be created in this scenario.

But forward-looking IT managers willing to take some risks and rearchitect some of their systems can potentially benefit from these new simplified data appliances in a number of ways. Only then can they step back from the edge that looms in front of them. 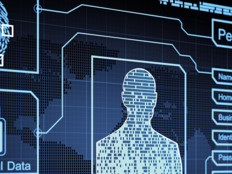