Six months after Microsoft launched its latest operating system on July 29, adoption of Windows 10 by businesses is right on track, a new report states.

Spiceworks survey data released today indicate that the OS has reached an average penetration rate of 18 percent in businesses. That’s nearly half of the 40 percent penetration rate that a June 2015 Spiceworks report projected for Windows 10’s one-year anniversary.

According to the most recent survey, software, manufacturing and energy companies are leading the upgrade charge with penetration rates of 28.2 percent, 22.6 percent and 20.9 percent, respectively. The penetration rate for nonprofits, at 18.2 percent, is the lowest of all industries.

New Spiceworks data also show that medium-size and large businesses are adopting the OS faster than small businesses. The penetration rate for companies with more than 500 employees is roughly three times that of companies with 50 or fewer employees. A Microsoft blog post from January supports those findings, stating that more than 76 percent of enterprise customers are actively piloting Windows 10.

The 2016 Spiceworks report provides this theory for why big businesses are making the switch faster:

This could be because larger companies tend to have more devices on their networks, and a corresponding higher probability that one of those devices will run Windows 10. But we also know from many conversations with IT pros that smaller companies tend to have fewer resources for OS migration, so many SMBs could be holding off on Windows 10 until they have the time and manpower to adequately test the OS for hardware and application compatibility.

Of the organizations that have begun migrating to Windows 10, about 40 percent are running the OS on three or more devices, the report reveals. That finding indicates that at least some organizations have moved beyond the initial testing stage toward greater rollout.

The remaining organizations have an incentive to upgrade soon: Microsoft offered a free-for-one-year promotion to non-enterprise customers. And in the June 2015 Spiceworks survey, 63 percent of IT professionals said they would be more likely to migrate to the new OS because of the offer.

Even if they don’t, however, Windows 10 is still proving successful for Microsoft. The software giant reports that the new OS has already outperformed Windows 7 by nearly 140 percent and Windows 8 by almost 400 percent. That puts Windows 10 on the fastest growth trajectory of any Microsoft OS — all with six more months to go before its one-year anniversary hits. 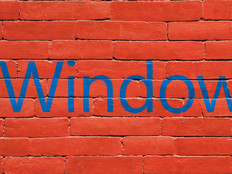